ORGANISED SPORT IN PARKS: A to Z of organised sport in parks 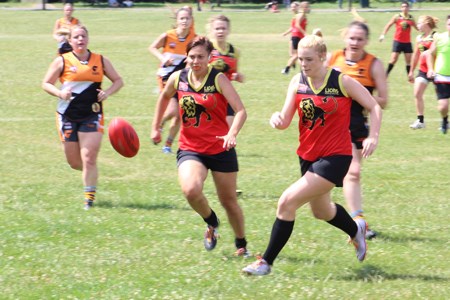 This week our Summer of Parks is discussing organised sport in parks and here we take a journey from A to Z through 26 sports you may find in your local park or green space (some more likely than others!). How many have you tried?

A is for Australian Rules

Australian Rules football is a contact-sport emanating, as the name suggests, from Australia. It is played on an oval-shaped field between two teams of eighteen players with an aim of kicking the ball between posts.

B is for Basketball

Basketball is a team sport popular in the United States and widely played around the world. Many MUGAs will include basketball hoops making it a popular informal activity.

C is for Cricket

Cricket was first played in the 16th century and remains one of the most popular team sports in the country to this day. It was estimated in 2014 that over 800,000 people play cricket in the UK.

D is for Disc golf

Disc golf is similar to the game of golf only using a disc which is thrown instead of a ball being hit. Disc golf and partner sport foot golf are becoming increasingly popular with courses opening across the country.

E is for Endurance running

Endurance running is defined as being continuous running over at least 3km. Our nation's parks are home to hundreds of 5km parkrun events every Saturday morning as well as being perfect venues for longer events such as cross-country running.

F is for Football
Football, formally known as Association Football, is the most popular participation sport in the UK with The FA estimating in 2015 that around 11 million people play the game in some form. Parks and green spaces are home to countless grassroots clubs across the country. 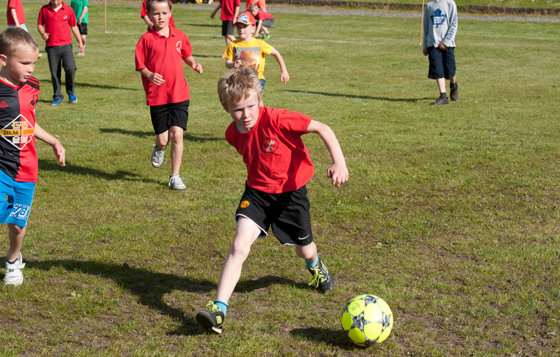 Gateball is similar to croquet and involves two teams competing over 30 minutes to amass the most points hitting their ball through gates and onto a goal pole. Popular in south-east Asia, around 20,000 players took part in the 2016 Chinese Gateball Championship.

H is for Highland Games

Highland Games are commonly held on green spaces during spring and summer in Scotland and as well as music and dance competitions include "heavy events" such as the caber toss and stone put. 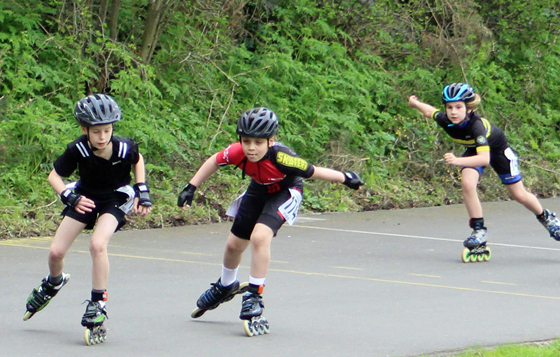 I is for Inline skating
Inline skating, also known as rollerblading, can take many forms from recreational skating to competitive speed skating, where participants race against the clock or each other on a smooth surface course.

J is for Jumping

Jumping can take numerous forms and many green spaces with athletics tracks will include facilities for Track & Field disciplines such as high jump, long jump and triple jump. The long jump has its origins in the ancient Greek pentathlon contest.

K is for Kwik Cricket

Kwik Cricket is a simplified version of cricket which takes less time and equipment and is aimed at introducing children to the game. Played with plastic bat, ball and stumps the rules can be altered to suit with an emphasis put on participation and enjoyment.

L is for Lawn Bowls

Lawn Bowls is enjoyed in its two main variants of flat-green bowls and crown green bowls by hundreds of thousands of people. Many parks and green spaces include a bowling green and its format makes it accessible to play either recreationally or competitively.

M is for Mini golf

Mini golf can be played by all ages and focusses on the putting aspect of the game. Popular as a recreational activity, many parks across the country feature mini golf courses which are usually nine holes in length and can include the occasional windmill.

N is for Netball

Netball is seeing a surge in popularity in the UK thanks to the recent successes of the Vitality Roses England squad. It is similar to basketball, from which it evolved, but has different rules and numbers of participants.

O is for OzTag

OzTag is the non-contact form of rugby league and an Australian variant of the popular British game of tag rugby. Played with teams of eight players and 20-minute halves, it has over 200,000 participants in Australia.

P is for Polo

Polo is one of the world's oldest known team sports and is often referred to as "The Sport of Kings". Played by two teams of four mounted players, the object is to use a long-handled mallet to hit a ball into a goal.

Q is for Quidditch

Quidditch, also known as muggle quidditch, is based on the fictional game played in the Harry Potter books. A full-contact sport played between two teams of seven players, a Quidditch Premier League was established in 2006 including twelve teams from the UK.

R is for Rugby
Rugby was first played at Rugby School in 1845 as a variant of association football and from which American and Canadian football evolved. The two codes - League and Union - have slightly different rules with around half a million players of the latter in the UK. 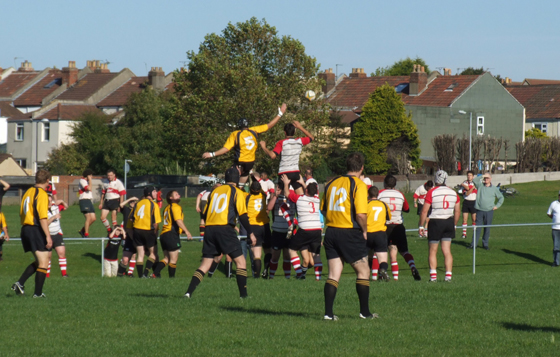 S is for Softball

Softball is similar to baseball, both of which are increasingly popular in the UK. A softball field has smaller dimensions than baseball and is played over a shorter duration and quicker pace. Slowpitch softball is the most accessible form of the game for newcomers.

T is for Tennis

Tennis is the most popular of the racket sports and was first played in Birmingham around the 1860s. All it requires to play is a racket and tennis ball and many parks and green spaces will have tennis courts available to hire.

U is for Ultimate

Ultimate, often referred to as Ultimate Frisbee, involves passing a flying disc to a teammate in the opposing end zone. Teams of seven play the grass form of the game, although many of us probably enjoy a version of it without even thinking whilst at the local park! 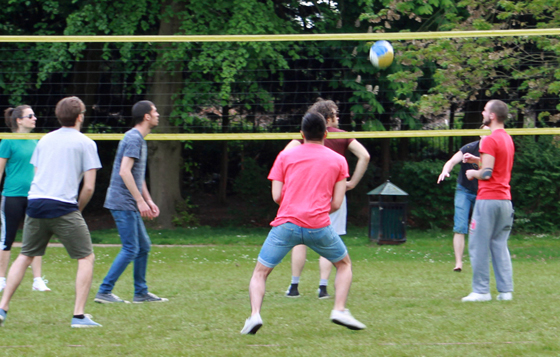 V is for Volleyball
Volleyball was first played in the United States in 1895 and involves two teams of six players separated by a net and trying to ground the ball in the opposing team's court. It is often played indoors or on a beach but can also be played on grass.

W is for Way marking

Way marking is about making and following paths in outdoor areas. It can be done recreationally to explore an area or competitively against the clock.

X is for Xiangqi

Xiangqi is also known as Chinese chess and is one of the most popular board games in China. The game takes place with two players attempting to capture the others' general (or king). It can be played anywhere, including the park!

Yukigassen literally translates as 'snow battle' and is a snowball-fighting competition originally from Japan and now played around the world. Played between two teams of seven players who are eliminated when hit by a snowball.

Z is for Zorbing

Zorbing is increasingly popular and sees competitors race whilst inside transparent orbs. Generally involving a gentle slope it can also be done on flat ground or on water.