SUMMER OF PARKS: Celebrating how much we love our local parks 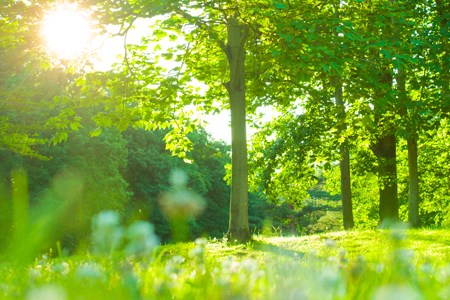 Back in May we launched our Summer of Parks celebration by releasing the Green Space Index, our innovative new barometer of publicly accessible park and green space provision. In the time since we've championed the nation's parks and green spaces and you've been getting involved in phenomenal numbers. On the first Saturday in July over 250 communities celebrated their local parks by hosting a record number of Have a Field Day picnics. An all-time high 364 nominations were made for UK's Best Park 2019 and in the time since an unprecedented number of votes have been cast - over 25,000 to date.

With this backdrop of the love communities across the country are showing for their local parks and green spaces this summer, the UK's Best Park 2019 award will not just be showcasing the parks to receive the highest vote tallies in each Home Nation. Each park to place in the top 20% of the total nominations will receive "Much Loved" status, recognising the support it has received this summer from those who use and love it.

Each "Much Loved" park will receive a formal certificate denoting its status. The park's nominator for UK's Best Park 2019 will also receive acknowledgement that their favourite local green space is amongst the nation's favourites.

The love being shown for our local parks is understandable: our Revaluing Parks and Green Spaces research found that parks and green spaces provide the UK population with over £34 billion of health and wellbeing benefits each year, a result of people enjoying greater life satisfaction including both improved physical and mental health through use of these spaces.

But parks and green spaces are not equally distributed. Our Green Space Index figures show that whilst there are 216,160 hectares of park and green space provision in Great Britain, 2.6 million people do not have access to such a space within a ten-minute walk of where they live and less than 6% of the total provision is protected in perpetuity.

The unprecedented love shown for our local parks throughout the Summer of Parks is further proof of what we all inherently know: that green spaces are good, do good and need to be protected for good.

Voting for UK's Best Park 2019 will close in ten days' time, at noon on Monday 19th August. In announcing the "Much Loved" parks and overall winner in each region and nation we will journey around the UK over the course of twelve days, the schedule for which can be found below, highlighting and celebrating the spaces in each location which are much loved by those who use them.

The four Home Nation winners will provide the shortlist for the overall winner of UK's Best Park 2019, which will be announced at the conclusion of our Summer of Parks on Thursday 12th September.

If you have yet to cast your vote for UK's Best Park 2019 then there's still time to make your choice and help to show how much loved your local park is. Voting closes at noon on Monday 19th August.

Our Summer of Parks also has four topics of discussion remaining over the coming weeks; starting with organised sport in parks and moving on to universality of parks and health and wellbeing before concluding with a discussion on protecting our parks. If you've missed anything so far you can explore all the topics which have been discussed as well as read a blog from Chief Secretary to the Treasury, formerly Parks and Green Spaces Minister, the Rt. Hon. Rishi Sunak MP.

To keep up to date with each day's announcement of the "Much Loved" parks in each region and nation make sure you are following us on social media, @FieldsInTrust, and to be amongst the first to discover this year's UK's Best Park make sure you are signed-up to receive our free monthly e-bulletin below.