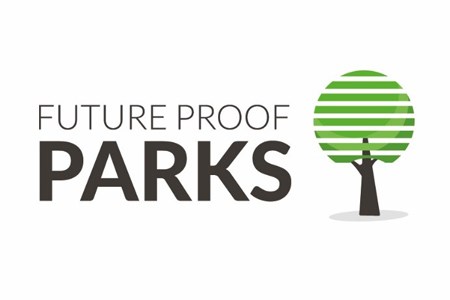 Fields in Trust has partnered with green space charity Groundwork and The National Youth Agency to launch 'Future Proof Parks', a £900k National Lottery-funded programme that will support Friends of parks groups and local young people to work together in a series of innovative projects which will protect heritage parks and widen the understanding of their importance.

Future Proof Parks will engage 880 young people across the UK in the West Midlands, East of England, West of England, North West and North East, to learn more about their local historic park heritage, encourage young people to join their local friends of park groups and volunteer to preserve and celebrate the local spaces that matter to the communities they live in.

The three-year programme – announced today - has been awarded funding through the Heritage Lottery Fund's Kick the Dust programme, which aims to enable more young people to be involved in the UK's heritage.

The programme has the support of Parks and Green Spaces Minister, Rishi Sunak, who said: "Parks play a valuable role in our communities, providing vibrant locations for people to socialise, exercise and relax. It's inspiring to see the dedication of the many Friends of parks groups up and down the country who make huge contributions to their local green spaces. 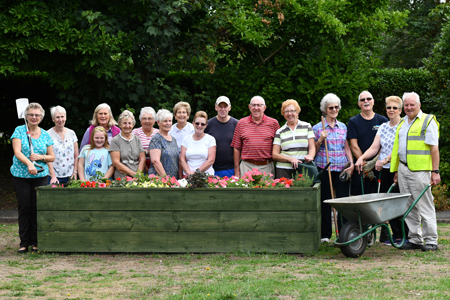 "I welcome Future Proof Parks to help us encourage more young people to get interested in and preserve their local parks and green spaces for generations to come."

As well as supporting those communities directly involved in the programme a set of resources will be made available to encourage and support other Friends of parks groups to work with local young people. Fields in Trust Chief Executive, Helen Griffiths, said: "Our research shows that parks and green spaces bring economic and welfare benefits to people across the UK. At a time when many are under threat it is vital that we encourage the next generation to care for and support our parks and green spaces so that people, both now and in the future, can continue to benefit from them."

Groundwork national CEO, Graham Duxbury, said: "Future Proof Parks is a vital tool in helping to unlock the time and talents of young people and supporting Friends of groups in their invaluable efforts to protect our local parks and green spaces. We look forward to seeing the positive outcomes of the programme over the next three years."

National Youth Agency Chief Executive Officer, Leigh Middleton, said: "Young people have shown time and time again that they are passionate, innovative and real ambassadors of positive change when given the opportunity. It is absolutely vital that young people are given the opportunity to participate in their local areas. Future Proof Parks is an excellent way to allow young people to exercise their unique potential and at the same time support them to develop their skills and abilities and we are proud to be a part of that."

HLF's Heritage Ambassadors played an important part in allocating the grants. The 17 self-titled 'Dust Kickers' aged 16-25, recruited from across the UK to work with HLF on making heritage more inclusive for people in their age group, advised HLF's decision panel on the projects they found to be most appealing.

HLF Heritage Ambassador and member of the #IWill campaign's Environment Steering Group, Jack Welch, said: "HLF's board were very supportive of our contributions to the decisions on successful projects. It's wonderful to see young people's participation in heritage is being prioritised with this funding, especially in this project that will see more young people able to participate in the life of their local park and to feel closer to the natural world. It's important to me that we break down barriers across the ages, so that our heritage can be preserved for the future."

To find out more about Future Proof Parks, please visit the Groundwork website.

The project will focus on historic parks and heritage landscapes in five 'hub' locations across England. In each hub young people will be supported in giving their time and talents to support local groups and heritage organisations attached to the following sites: