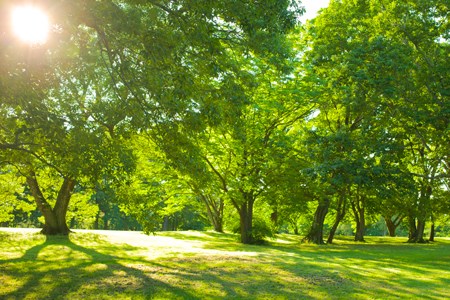 This Summer of Parks you've been showing love for your local parks in unprecedented numbers.

Back in July over 250 communities celebrated their local green spaces by hosting a record number of Have a Field Day picnics. You made an all-time high 364 nominations for UK's Best Park 2019. Those nominations were supported by park users, communities, Friends of groups, landowners and 125 MPs, MSPs and AMs. Following the close of voting earlier today we're delighted to reveal that you cast a stunning 36,832 votes for parks and green spaces across the country.

The unprecedented love shown for our local parks throughout the Summer of Parks is further proof of what we all inherently know: that green spaces are good, do good and need to be protected for good.

Your UK's Best Park 2019 will be announced at the conclusion of our Summer of Parks on Thursday 12th September.

Ahead of that, and as revealed earlier this month, this summer UK's Best Park will not just be showcasing the parks to receive the highest number of votes in each Home Nation. Each park that has placed in the top 20% of the total nominations will receive "Much Loved" status, recognising the support it has received this summer from those who use and love it.

In total, 73 parks across the UK will be celebrated in this way and following the close of voting we can now reveal the number of spaces in each nation and region that your support has given this "Much Loved" status to:

Over the course of twelve days starting tomorrow, Tuesday 20th August, we will journey around the UK revealing the "Much Loved" parks and the overall winner in each nation and region. The schedule for these announcements is as follows:

The four Home Nation winners will provide the shortlist for the overall winner of UK's Best Park 2019, which will be announced at the conclusion of our Summer of Parks on Thursday 12th September.

Our Summer of Parks also has three topics of discussion remaining over the coming weeks with this week's focus on universality of parks before we take a look at health and wellbeing and conclude with a discussion on protecting our parks. If you've missed anything so far you can explore all the topics which have been discussed as well as read a blog from Chief Secretary to the Treasury, formerly Parks and Green Spaces Minister, the Rt. Hon. Rishi Sunak MP.

To keep up to date with each day's announcement of the "Much Loved" parks in each region and nation make sure you are following us on social media, @FieldsInTrust, and to be amongst the first to discover this year's UK's Best Park make sure you are signed-up to receive our free monthly e-bulletin below.