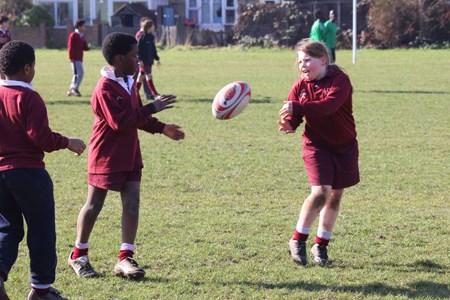 Fields in Trust Chief Executive, Helen Griffiths, comments on a trio of recently published reports into parks and green spaces and looks ahead to Fields in Trust's own forthcoming research report.

An increase in the use of parks as festival and event spaces is one indication of the attempt to grow income generation from urban green spaces. One bright note is the growing involvement of community volunteers, who have stepped up to participate in the day-to-day running of local parks as maintenance spend decreases. It is anticipated that this significant involvement of volunteer Friends of Parks groups is set to grow further.

Publication of the APSE benchmark follows a detailed review of London's parks and green spaces by Parks for London – convenors of the London Green Spaces Friends Groups Network that provides an opportunity to discuss issues common to all friends' groups. This report evaluates London Borough provision across a range of factors – including public satisfaction, the number of Green Flags awarded, and community partnerships. A key theme across London's green space provision is the impact of continued cuts to local government, Parks for London remains concerned that reduced resources will see our vital parks and green spaces suffer irreversible detriment, negatively impacting on the communities that use these spaces every day. Despite funding cuts, London Boroughs are clearly working hard to protect and enhance London's parks and green spaces.

A third recent report from the Land Trust, who own and manage parks and green spaces, sets out to dispel the myth that these publicly accessible spaces contribute little or no value – but are simply a drain on costs to maintain. Taking the example of a single park (an approach we used with our report into Centenary Park last spring) The Land Trust report demonstrates how green space can bring real economic value to local communities through increased house prices and spending in local businesses.

These publications all enter the public arena as the government has recently published its 25-year plan for the environment, "A Green Future". It is a measure of the importance of the subject that DEFRA is launching a strategy which straddles five Parliamentary terms. The report remit is wider than parks and green spaces in our towns and cities but the strategy does commit to ensuring that "developments include accessible green spaces and that any area with little or no green space can be improved for the benefit of the community".

The DEFRA report may have aspirations beyond the short-term political cycle, but, however compelling the case is for the parks and green spaces sector, it must compete for resources from a smaller local authority pot and is weighed against other political imperatives, such as the pressure for new housing. The recently announced change to planning regulations presents a further challenge to the protection of urban parks and green spaces.

It is clear that in separate studies across the board from government, parks professionals, landowners, friends groups and park users the same message is being repeated – parks and green spaces should be revalued for the economic health and wellbeing contributions to local communities, not simply judged by what it costs to maintain them. The House of Commons Communities and Local Government Committee report into the future of public parks last February stated that "without being able to demonstrate the contribution made by parks to broader agendas local authority parks departments will find it difficult to secure sufficient priority". Coming one year on from the CLG Committee review, these three reports, and others like them, show from localised case studies and expert practitioners the clear evidence of value – and the negative impact of green space losses.

Fields in Trust welcomes this growing library of compelling data from across the sector – in our own study we have learned from other research reports and aggregated findings. As part of a new evidence-led strategy we will be publishing, at the end of April, our own research report, "Revaluing Parks and Green Spaces: Establishing the Economic and Wellbeing Value" which demonstrates, for the first time at a UK-wide level, a robust economic valuation of parks and green spaces as well as valuing improvements in health and wellbeing associated with the frequent use of parks and green spaces. Ours is the first research study to use welfare weighting allowing for more informed policy decisions.

The collection and dissemination of data alone, however, is not sufficient unless it is used to inform long-term strategic decisions of local, national and UK-wide government action to recognise the health and wellbeing value and invest now in securing our parks and green spaces in perpetuity.

If you would like to arrange an interview with a Fields in Trust spokesperson, please get in touch.