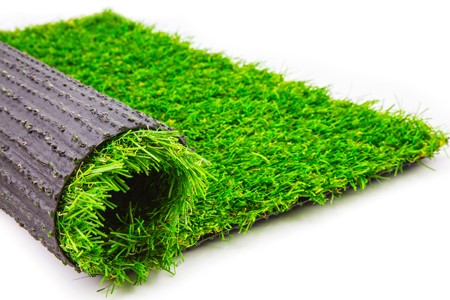 Fields in Trust are deeply concerned to learn of plans being developed by two local authorities to sell their portfolios of parks and green spaces and replace them with shared "portable parks".

Tightening budgets and soaring demand for local green spaces have forced council chiefs into thinking they need to act and a bombshell document obtained by Fields in Trust details joint plans to sell swathes of green space and develop so called 'flat pack parks'. These faux green spaces would be constructed using jigsaw-style tiles of synthetic grass as well as plastic plants, which can be quickly assembled in a given location, before being dismantled and transported elsewhere.

The councils wish to be able to claim they provide local access to green space whilst allowing monetisation of the land on which their park portfolio currently sits. Council leaders hope to convince a sceptical public by setting out an aspiration of providing all residents with a "public space close to home at least twice a week".

The document outlines plans for delivery of the portable parks themselves to be outsourced to a start-up technology firm, who will develop robotic bees, birds and squirrels to counter users' reduced enjoyment of the spaces caused by the elimination of natural elements. Cutting-edge technology ensures these will be indistinguishable from their real-life counterparts as well as including discrete monitoring devices capable of enforcing social distancing or restricting the amount of time someone can spend in a space, should usage limits be imposed in future.

The councils' intention is to jointly obtain a small number of portable parks, with likely placement sites including the rooves of prominent buildings and concrete 'multi-purpose event spaces', code-named "paradise in a parking lot", which will follow a pay and display to play model.

Further revenue would be obtained by attracting sponsors, partnering with retail firms to place parks on the rooves of their outlets and hiring exclusive use of the spaces for private events. During quieter times of the year the park components not being used would be stored in newly constructed warehouses built on greenfield sites on the edges of conurbations.

Speaking about the plans, a Fields in Trust spokesperson slammed their short-sightedness, as well as highlighting real risks to equity of provision and the environmental damage they will lead to, saying: "These plans will achieve nothing but destruction of the very green spaces which have been vital for us all over the last twelve months.

"We are extremely worried by the idea that commercial opportunity could be used to determine location and access to parks and green spaces, which would further deepen the inequities in green space provision highlighted by the Green Space Index.

"Parks are the most universal of our public services. The last twelve months has shown us just how important they are as places for us to move, relax, run and play. They are used by everyone in our communities, and it is vital they always remain free and available at the point of need.

"At Fields in Trust we understand the challenges that councils face, and will increasingly face in coming years, to balance their books. However, it is essential we revalue the contribution these spaces make. The economic additionalities local parks and green spaces deliver are proven, as are the benefits they provide to our health, happiness, environment and communities."

Neither council nor the technology firm lined-up to deliver the plans responded to a request for comment from Fields in Trust, but Cllr. Avril Premiere confirmed that the plans were at an advance stage.

This is not the first time Fields in Trust has uncovered radical proposals which would cut access to green space. Two years ago, we reported on plans by Summerbeech Town Council to implement a new park booking system, whilst plans for virtual parks were dropped following our exposé.

Green spaces are good and they do good. We need to stand up for our parks and protect green spaces for good. Because they can so easily be lost. And once lost, a green space is lost forever.