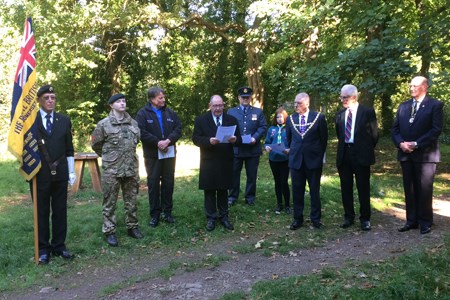 Over the course of the Centenary Fields Legacy campaign, in partnership with The Royal British Legion's 'Thank You' initiative, many of the spaces featured have been marking their inclusion by holding remembrance events on their day.

Events held have been diverse and have included: a Walk of Thanks at Grange Park in Old Coulsdon; unveiling of a Victoria Cross Commemorative Paving Stone for Frederick Birks VC MM at Coronation Gardens in Buckley; display of a prototype of a new remembrance installation called 'Sacrifice' at Belper Memorial Gardens; and as recently as Sunday the unveiling of a new statue, entitled 'Lions of the Great War', as a new memorial to soldiers from the Indian sub-continent who served in the British armed forces.

Donate Towards Our Work:
Help protect more Green Spaces for Good with a donation