PROTECT: Telling the stories of the Centenary Fields Legacy 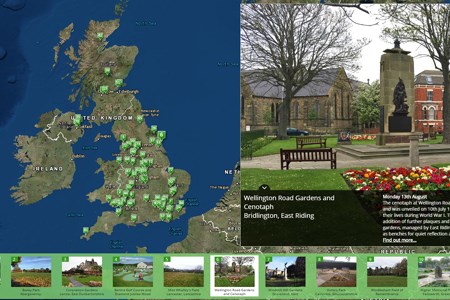 Ahead of the conclusion of our Centenary Fields Legacy campaign next weekend, in our latest staff blog our Digital & Campaigns Officer, Jamie Grubb, looks back on putting the campaign together and reflects on some of the stories it has told.

We learn about the horrors of World War I in school and once a year as a nation we come together to remember those who have served and sacrificed in conflict. Apart from those two weeks a year when we wear our poppies, however, it is easy to forget the impact the Great War had and continues to have on our nation. The reminders are all around us though, both of the war effort itself and those who gave their lives for the cause.

The Centenary Fields programme was just getting underway when I first joined Fields in Trust. Shortly after I arrived, many of my new colleagues were on the road to Coventry's War Memorial Park for the formal launch of the programme with our President, HRH The Duke of Cambridge. The aim, in partnership with The Royal British Legion, was to protect parks and green spaces in perpetuity to honour the memory of the millions who lost their lives in World War I. That first space dedicated stretches to nearly 50 hectares and includes a striking 90-foot war memorial. It is a space used by so many each day for recreation and enjoyment, but which also ensures we take time to remember.

That was four years and four months ago. World War I started on 28th July 1914. Think back to what you were doing in July 2014. It feels like a long time ago doesn't it. In the time since, conflict was constantly raging on the battlefields of France and Belgium a century ago. As a male in my 20s, if I had lived 100 years ago it is likely I would have had to go to the trenches to fight. There's a good chance I wouldn't have returned, or if I had that my life would have been changed forever. My Great-Grandfather was one of those who went to the Western Front with the Border Regiment. In some respects he was lucky to spend much of the war alongside 2.4 million others in a German Prisoner of War camp. Many of his brothers in arms weren't so lucky.

As the centenary of the Armistice approached we joined with The Royal British Legion's 'Thank You' campaign, to say just that to the World War I generation who served and sacrificed. Over the years since 2014, Centenary Fields have been protected across the UK in their memory. Whilst the protections have been undertaken over the last four years, they will last in perpetuity, as a legacy to ensure the places will always remain as living spaces of remembrance.

To mark the end of the programme we wanted a way to tell the story of that legacy. Big numbers look impressive, but sometimes it isn't about looking impressive. In cases such as this it is the individual stories themselves which resonate the most. In a year where we are thanking the World War I generation for their service, telling those stories seemed the most appropriate route to take. Revealing a new space each day ensured we were able to give each story the significance it deserved and using ESRI's Story Map tool as our basis has added another dimension to the stories - being able to see them in the context of the present-day surroundings that are familiar to us.

Remembrance takes many forms and as you might expect the spaces protected as Centenary Fields are varied in nature, from the massive War Memorial Park at which the programme was launched to small village greens. It's not just scale that varies though, as we have found over the last four years the links our green spaces can have to World War I can be equally varied.

In putting together the list of spaces to be featured in Centenary Fields Legacy we looked for as great a spread as possible - in their geography, in the communities they served, in their stories. Some spaces had a historical link to a particular day during the period covered. Perhaps one of the most interesting of these was Islington Memorial Green which we featured on 26th October. It was on that day in 1918 that the war memorial was first unveiled, a full sixteen days prior to the Armistice. Intended only ever as a temporary monument it was in fact not replaced until 2006.

Other spaces we grouped together based on the themes that began to emerge as we looked through their stories. This week is the final of our theme weeks, where all seven spaces are or include memorials to the fallen. The week itself has highlighted just how varied the concept of a memorial can be. We usually think of memorials as the traditional cenotaph, like that at War Memorial Park, but earlier this week we discovered the story of Willenhall Memorial Park where the land itself is in memory of the fallen.

In her blog last weekend my colleague Angela told the story of Ingleborough Road Memorial Playing Fields on the Wirral which was covenanted to commemorate 88 old boys of Birkenhead Institute Grammar School who fell during the Great War, including the poet Wilfred Owen. The space is now sadly lost to a housing estate. To you and I these spaces seem sacred, but sadly it appears that isn't the case for everyone. Fields in Trust protection means that what happened on the Wirral will never be the case for memorial spaces such as Willenhall Memorial Park. 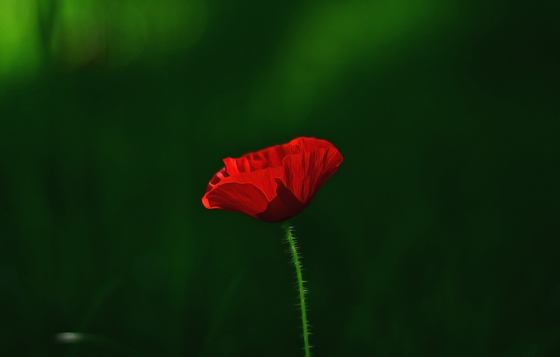 During our week featuring spaces with contemporary links to remembrance we heard stories such as Cumbernauld Community Memorial Peace Garden which was a new green space established in 2014 as a memorial to the fallen, and of The Green in Tuddenham St Mary where a memorial to the 11 local men who fell in World War I has recently been added.

Our week of spaces which served the war effort cast a new light on the ways in which World War I touched our nation. These spaces saw trees felled to shore up trenches on the Front Line, were used as recruiting grounds, for breeding horses which went off to battle and, in the case of The Batters, were used for trench-digging and shooting practice by soldiers preparing to go to France.

It was the week that we featured spaces with links to individuals which stays with me the most though. The memorials that are part of spaces featured over the last few months list over 26,000 names of those who served and sacrificed. It is hard to put that into perspective though until you hear the stories of the individuals themselves. Take Frederick Birks who won the Victoria Cross after forcing a garrison to surrender and later the same day capturing 16 men in another attack. He was killed by a shell the following day attempting to save some of his men and is remembered with a Victoria Cross Commemorative Paving Stone at Coronation Gardens in Buckley, north Wales. All seven of those individual stories from that week are told in the weekly round-up which was in some ways the easiest and in others the most difficult to put together.

Whilst telling those individual stories was a particularly poignant aspect of the campaign, so too were those spaces which had a personal, local relevance. For me that was Wellington Road Gardens and Cenotaph in Bridlington. It has always been a nice little green space on the walk into the town centre, too often rushed past in the haste to get to the shops and back quickly, but learning the story behind it has given the space extra significance. Knowing that it was funded through public donations in memory of those from Bridlington who fell makes me even more grateful that it is protected in perpetuity. I now take a moment to visit the space each time I am passing.

Throughout the campaign we have featured spaces right across the UK so take a look to see if there is a space nearby or which has meaning to you and discover the story behind it.

Over the Remembrance weekend events will be taking place at memorial spaces across the country and many Centenary Fields have been marking their inclusion in the Legacy campaign by holding events. Back in August Grange Park in Old Coulsdon held a Walk of Thanks, in September Belper Memorial Gardens unveiled a prototype of a new Remembrance installation and many spaces have held plaque unveiling ceremonies. The latest of these takes place this weekend as thousands from the community in Smethwick are set to dedicate a new space which will be called 'Lions of the Great War' and will highlight the key role played by all soldiers from the Indian sub-continent who served in the British armed forces. Many more events are set to take place in the run up to Armistice Day. Next week we will conclude the Centenary Fields Legacy campaign with our final seven stories, including at least one from each of the Home Nations.

Four years and four months on from that July day in Coventry, the Centenary Fields programme is drawing to a close. By the time the remaining Deeds of Dedication have been finalised there will be hundreds of spaces across the country protected forever in memory of those who fell during World War I. As this year we say 'Thank You' to the generation who served and sacrificed I think this is a fitting legacy for the programme to leave, to ensure these spaces will always be there for us and the future generations for whom those who lived a century ago gave their tomorrow.

Jamie Grubb is Fields in Trust Digital & Campaigns Officer. He can be contacted by any of the below means.

Jamie Grubb is Fields in Trust's Digital & Campaigns officer. He first joined the organisation in 2014 as an intern before arriving full time in 2015 after graduating from the London School of Economics. Jamie's current role involves running the charity's campaigns including Have a Field Day, UK's Best Park and most recently Centenary Fields Legacy, as well as overseeing the organisation's digital activities. Outside of Fields in Trust, Jamie is active in a number of grassroots football roles including as Marketing Officer for Carlisle United Ladies.