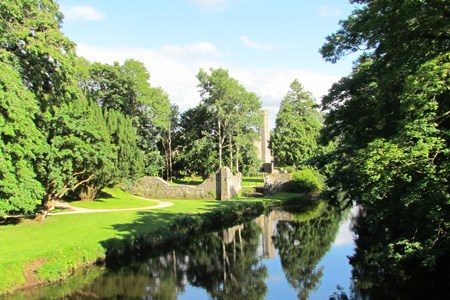 Located on the north shore of Lough Neagh, the largest freshwater lake in the British Isles, is the town of Antrim, home to around 23,000 people. Just a stone's throw from the town centre is the historic Antrim Castle Gardens, the winner of Northern Ireland's Best Park 2019.

Steeped in history, the gardens were laid out in the 17th century around Antrim Castle, itself built in 1610 on the banks of the Six Mile Water river. The space hosts distinctive Anglo-Dutch style water gardens and canals and has been transformed over the last decade and a half thanks to around £6 million in support from the National Lottery Heritage Fund.

Whilst the castle itself was extensively damaged by fire in 1922, at the centre of the space remains Clotworthy House which is today open to the public and was constructed around 1843 as part of development of Her Ladyship's Pleasure Gardens. The building formed a stable block and coaching house to replace the castle's original coachyard which made way for the Pleasure Gardens.

Having seen a gradual decline in its state, the space around Clotworthy House was transformed back to its former glory by the National Lottery grant. This hard work is reflected in the nomination for this year's UK's Best Park award, with the park's nominator writing: "The journey of Antrim Castle Gardens from local gem to national treasure is one of transformation achieved by a passionate team driven by ambition to put their place on the map. This spectacular transformation has firmly established the majestic Gardens as the jewel in the crown of the Council's offering".

The gardens have enjoyed success as part of the UK's Best Park award previously, having won the Northern Ireland's Best Park award in 2016. Alongside the waterways and Pleasure Gardens, visitors to the space can enjoy a 12th century motte and a large parterre, meaning there is plenty to explore despite its compact size.

"This spectacular transformation has firmly established the majestic Gardens as the jewel in the crown of the Council's offering."
Nomination for UK's Best Park 2019 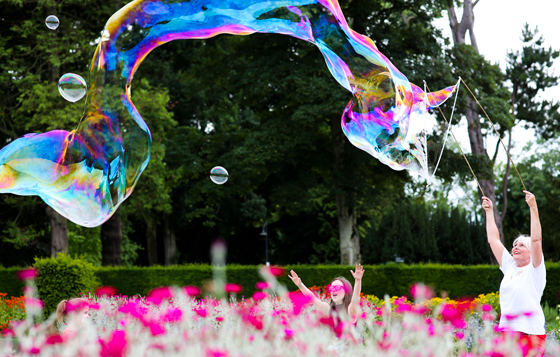 Speaking on the Antrim and Newtownabbey Borough Council website, Mayor of Antrim and Newtownabbey, Alderman John Smyth commented: "It is great news for our Borough that Antrim Castle Gardens has received this prestigious award. The gardens are an amazing green space that everyone can enjoy all year round, a place to go walking, take part in parkrun, enjoy family days out or attend one of the many events that take place here".

Antrim Castle Gardens was one of 17 spaces in Northern Ireland nominated for UK's Best Park 2019. Of those, three placed within the top 20% of nominations across the UK and received "Much Loved" status. Joining the national winner with this status were Carnfunnock Country Park in Larne, County Antrim and Craigavon City Park in Craigavon, County Armagh. Each will receive a certificate denoting their "Much Loved" status.

Antrim Castle Gardens joins the other three Home Nation winners - Cyfarthfa Park in Merthyr Tydfil, Pittencrieff Park in Dunfermline and Stanley Park in Blackpool - on the shortlist for UK's Best Park 2019. The overall winner will be announced on Thursday 12th September.