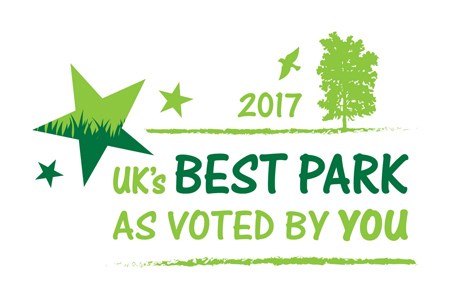 The shortlists for this year's Fields in Trust Awards have been announced. Winners in nine categories will be celebrated at a ceremony on Wednesday 29th November at Lord's Cricket Ground in London hosted by sports presenter and journalist Jacqui Oatley.

For the third year the UK's Best Park, as voted by YOU! Award celebrates the nation's favourite park following nominations by the public of 360 parks and with over 15,000 votes cast.

Awards host, sports presenter and journalist Jacqui Oatley said, "I am delighted to be hosting this year's Fields in Trust Awards and can't wait to hear stories of the fantastic work being done on green spaces across the UK".

The nominators of each of the four shortlisted local green spaces will be invited to Lords Cricket Ground to represent their parks at the Fields in Trust Awards on Wednesday 29th November, where the overall winner and UK's Best Park 2017 will be named.

Previous winners of the UK's Best Park Award were Telford Town Park in Shropshire, which won the inaugural vote in 2015, and Rouken Glen Park who won the 2016 Award and are again shortlisted in 2017.

UK's Best Park is one of nine awards that will be presented recognising and rewarding the efforts and achievements of green spaces and those who work to make them the best they can be. The other categories include:

Click here to view the shortlists in all nine categories.