POLICY: What do the 2019 General Election manifestos say about parks and green spaces? 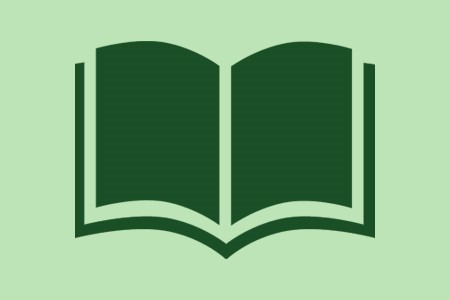 At a General Election, each of the UK's political parties set out their proposals for running the country in their manifesto - this provides an opportunity for organisations campaigning for a cause to understand what they might expect from the future Government. At Fields in Trust we have produced our own manifesto for the 2019 UK General Election - Pledging to Protect - setting out how members of the next Parliament can work to protect, support and champion our parks and green spaces.

In this article we examine what the UK political party manifestos tell us about a future government's approach to parks and green spaces. These are universal services but responsibility is devolved to the Scottish Parliament and Welsh Senedd and delivery takes place at a local authority level, yet the issues that parks address: health, wellbeing, tackling obesity, inactivity and community connections, are national concerns and each feature prominently in the party blueprints.

Most direct comments about green space appear in the environment section of each party manifesto. There has been much talk during this election of climate change mitigation and each party has ambitious tree planting targets. The Green Party propose planting 700 million trees as part of its Green New Deal. The Labour manifesto sets a target of two billion trees planted by 2040. The Conservatives have set a shorter deadline 2024 by which time they propose the planting of 30 million trees each year. The Liberal Democrats have said they would plant 60 million trees by 2045. Even the Brexit Party's "Contract with the People", which is largely silent on environmental issues references the unspecified "planting millions of trees to capture CO2".

However, more detail is needed on each of these claims - what type of woodland, the density of planting, and crucially the land on which these trees will be grown. Is this adding tree cover to existing parks and green spaces - or creating new woodlands from agricultural land. In any event the long-term impact of CO2 capture can only be realised if the land on which these trees are planted is secured for future generations and not lost to building development as the competing claims for new housing, also featured in the manifestos, take precedence.

As maintaining public parks and playing fields is not a statutory service there are varying levels of provision for different parts of the UK, as our Green Space Index has shown.

Various claims are made in the party plans which may address this concern. The Labour Party carries a universal pledge to "review and improve protected area designations, from National Parks to local nature reserves and urban green spaces". The Conservatives' has a more targeted approach to avoid potential loss to development, stating: "In order to safeguard our green spaces, we will continue to prioritise brownfield development, particularly for the regeneration of our cities and towns". The Conservatives also promote a modest £150 million as part of their New Deal for Towns Community Ownership Funds which will, in part, support "communities that want to create 'pocket parks' and regenerate derelict areas". The Green Party propose new forms of common ownership for infrastructure, including parks, and urge the planting of new community owned and run forests, the rewilding of green spaces to provide new wildlife habitats and changes to the planning system to allow creation of new green spaces including pocket parks on vacant land. In the Liberal Democrats' manifesto there is a commitment to "Significantly increase the amount of accessible green space... creating a new designation of National Nature Parks" and to "Give the Local Green Space designation the force of law".

Physical health and mental wellbeing feature very prominently in each document. As the Governing party, the Conservatives point to their record in office and plans to develop the NHS, in line with the preventative health agenda which we have commented on previously. Labour also identify the importance of prevention and include a duty for NHS agencies to collaborate with directors of public health to help achieve this. The Conservative manifesto promises to treat mental wellbeing on an equal footing as physical health and this too would benefit from a preventative approach, something that parks and green spaces have been shown to support by providing places for play, sport, relaxation and community connections.

The Liberal Democrat approach to prevention is contained in a National Wellbeing Strategy, which puts better health and wellbeing at the heart of government, monitored by a "Health in All Policies" assessment with a wellbeing budget, basing spending decisions on what will improve wellbeing as well as on economic and fiscal indicators. For Labour the plan is to introduce a Future Generations Well-being Act, enshrining health aims in all policies. The Green Party too plan to introduce a Future Generations Act for England, building the needs of future generations into every government decision. These approaches follow the ground-breaking introduction by the Welsh Assembly of the Well-being of Future Generations Act which takes a long-term view of the effects of any decision in terms of impact on the people of Wales and their environment, culture and communities. This chimes with our manifesto ask to value parks and green spaces for their contribution to multiple policy agendas.

The Labour Party target a reduction in health inequalities including the introduction of a comprehensive children's health strategy. Here again, equity of access to parks and green spaces can provide a contribution to a long-term preventative mental health approach.

Children feature very prominently throughout the party manifestos. The Liberal Democrats reference play directly, saying: "We recognise the importance of active play to children and the need for this to be supported". The Green Party's education plans call for a focus on play-based learning and access to nature. They also propose that all children receive the basic elements of a good childhood: a decent place to live, safety and security in their community, time and space to play, as well as opportunities to learn and develop inside and outside of school.

The Conservative Party propose to help schools make good use of their sports facilities and to promote physical literacy and competitive sport and the Green Party want more open access to publicly owned facilities through encouraging the use of school sports facilities by the wider community.

Each of the party blueprints contain much more of interest to our work in protecting parks and green spaces including proposals to amend planning regulations, developments in the education system and the many different ways communities use parks and green spaces for play, sport festivals and connecting with their neighbours.

We are urging all candidates for election to sign our Parks Protector Pledge to demonstrate their commitment to championing, protecting and supporting the UK's parks and green spaces. Almost 200 candidates, standing in over 150 constituencies, have taken the Pledge already, which we have shown on our interactive map. In the time between now and election day we are asking voters to encourage your candidates to sign-up.

After the election we will maintain contact with national and local elected representatives to provide data and evidence about the beneficial impact of our parks and green spaces and encourage them to support the protection of green spaces for good.

You can read the full manifestos of each of the main UK political parties through their websites.

Alison McCann is Fields in Trust Policy Manager. She can be contacted by any of the below means.

Alison McCann is Fields in Trust's Policy Manager. Having worked for the organisation for the last seven years, Alison's current role focuses on research about the value of green space to better inform policymaking, as well as overseeing the legal support function for sites protected with Fields in Trust. Alison led the commissioning, data analysis and report production for Fields in Trust's Revaluing Parks and Green Spaces research published in May 2018. Along with other sector professionals Alison represents Fields in Trust on the Parks Action Group to advise Government about a sustainable future for England's public parks. Alison also represents Fields in Trust on the School Playing Fields Advisory Panel providing the Secretary of State with independent objective advice. She previously worked in Sports Development for two London Boroughs, managing projects with a range of stakeholders and community groups.