UK’S BEST PARK: Your votes crown the winner as Summer of Parks concludes 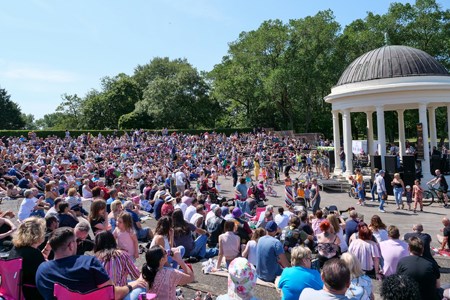 Your votes have crowned Stanley Park in Blackpool, Lancashire as the UK's Best Park 2019. The announcement was made as part of an exclusive premiere video on the Fields in Trust Facebook page which saw our sixteen week-long Summer of Parks draw to a conclusion.

The fourth edition of the award kicked off back in May as we asked you to nominate your favourite local green spaces and share why they are so special. You responded in your hundreds with a record 364 nominations for local parks, recreation grounds, playing fields, country parks and green spaces received. All eligible nominations then progressed to a public vote with a stunning 36,832 of you helping to decide the winner.

This year your votes also helped give "Much Loved" status to 73 parks and green spaces which placed within the top 20% of nominations. At close of voting we revealed the regional winners in England before naming the parks to top the vote in each of the Home Nations which made up the shortlist for tonight's announcement.

Completing the shortlist were: Antrim Castle Gardens in County Antrim, the Northern Ireland winner; Cyfarthfa Park in Merthyr Tydfil, the Wales winner; and Pittencrieff Park in Dunfermline, the Scotland winner.

The Facebook Premiere revealing the winning was watched by representatives of Blackpool Council and over 50 members of the Friends of Stanley Park in central Blackpool at a reception to celebrate the space having already won the England title.

Speaking after the announcement of the winner, Chair of the Friends of Stanley Park, Elaine Smith MBE, said: "It is a wonderful park, we know it's the best park but now everyone else does too. All this is down to work done by the park staff, the gardeners, the concessionaires, by the Friends of Stanley Park, the volunteers, everyone has had to work together to do this. We can't believe how thrilled we are".

Parks Operational Manager for Blackpool Council, Diane Farley, added: "I am so pleased and so proud to be involved with everyone here at Stanley Park. It's a fantastic job I have dealing with all the volunteers and all the hard working staff."

Receiving an estimated two million visitors annually, Stanley Park was opened in 1926 and as well as an abundance of sporting facilities boasts a number of iconic features. Impressive Italian Gardens at its centre are flanked on one side by an Art Deco café and clock tower in memory of the first mayor of Blackpool, Dr William Cocker, and on the other by a bandstand with amphitheatre-style seating. A large boating lake frames these features.

Speaking about the park's success, Fields in Trust Chief Executive, Helen Griffiths, said: "Public support for this year's award has been unprecedented with 36,832 votes cast demonstrating that people really do love their local parks. Congratulations to Stanley Park, to the dedicated volunteer Friends of group and Blackpool Council who maintain and support the UK's Best Park 2019. Parks are important places where we all go to play, enjoy sport, relax in natural surroundings and connect with our neighbours".

This is not the first time Stanley Park has enjoyed success in the UK's Best Park award, with the space also taking the overall title in 2017. The park has something for everyone, with its nominator for this year's award writing: "It is loved by locals and visitors alike, a beautiful, tranquil place away from the hustle and bustle of the Blackpool seafront. Great volunteers and staff keep it in tip top condition". 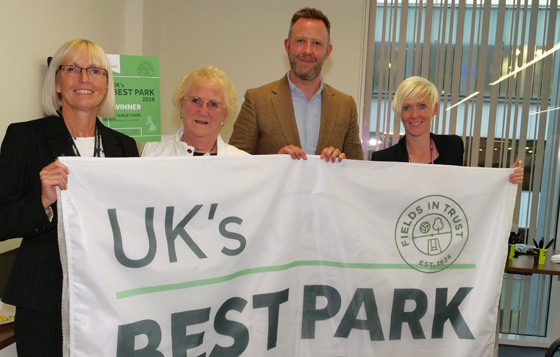 The announcement of the winner of UK's Best Park 2019 brings to a conclusion our Summer of Parks in which we have explored, discovered, celebrated and led a discussion on everything to do with our nation's parks and green spaces. The summer began with the launch of the Green Space Index, our new barometer of publicly accessible park and green space provision. On the first Saturday in July tens of thousands of people joined over 250 community Have a Field Day events and picnics on local green spaces across the country.

Yesterday saw the launch of Watch This Space, our new publication to help you champion and support your local park. Throughout the summer we have led a discussion on fifteen topics relating to parks and green spaces – we've told stories, discovered facts, looked into the archives and welcomed guest blogs, including from Chief Secretary to the Treasury The Rt. Hon. Rishi Sunak MP (during his time as Parks and Green Spaces Minister). All of the Summer of Parks discussions remain available to explore online. 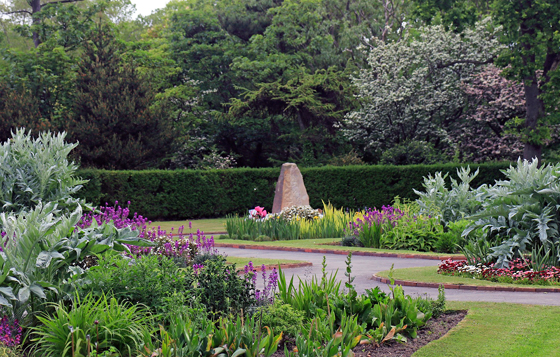 "It is loved by locals and visitors alike, a beautiful, tranquil place away from the hustle and bustle of the Blackpool seafront. Great volunteers and staff keep it in tip top condition."
Nomination for Stanley Park in UK's Best Park 2019

The announcement of the winner of UK's Best Park 2019 gives us an opportunity to reflect on the summer, celebrate all those spaces which were nominated by those who use and love them, the 73 that your votes gave "Much Loved" status to and the twelve national and regional winners.

The UK's Best Park award will return next summer - to be amongst the first to find out when nominations open, sign-up to receive our free monthly e-bulletin.

Pictures with thanks to Elizabeth Gomm and the Friends of Stanley Park.