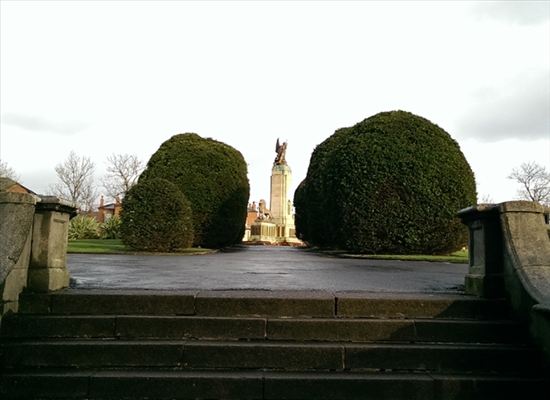 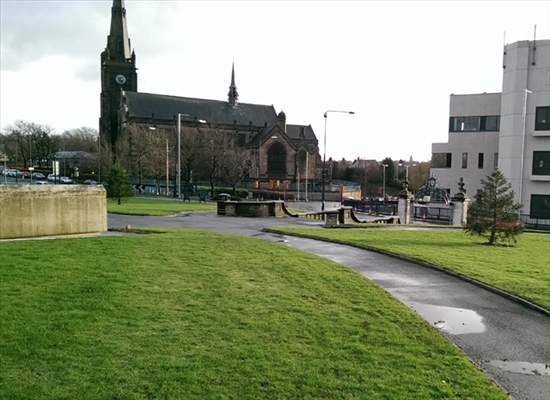 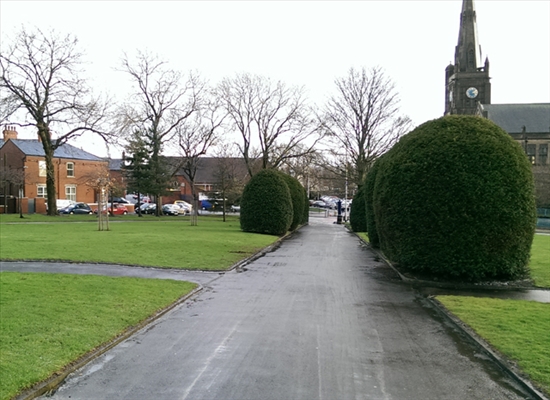 Ashton-under-Lyne Memorial Gardens is an important green space in Ashton which surrounds the main War Memorial for the town. The gardens consist of turfed areas, shrub plan...

Ashton-under-Lyne Memorial Gardens is an important green space in Ashton which surrounds the main War Memorial for the town. The gardens consist of turfed areas, shrub planting and areas of spring and summer bedding and are used by a variety of people for quiet contemplation, remembering lost loved ones, as a walk through into the town centre and as a place to enjoy the range of planting.

The memorial itself is made of Portland stone and is Grade II listed. A statue of winged victory and a wounded solider stand atop the column with lions either side, one in combat and one victorious. A propeller, rope and anchor and weapons, helmets and gas masks sculpted onto the memorial represented the RAF, the Navy and the Army respectively. A bronze tablet on the front of the memorial states: "Erected in honour of the men of Ashton Under Lyne and district who fought for King and Empire in the Great War, especially those who sacrificed their lives, and whose names are recorded hereon 1914-1919".