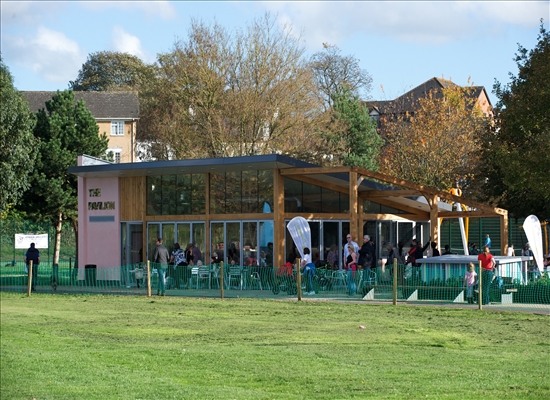 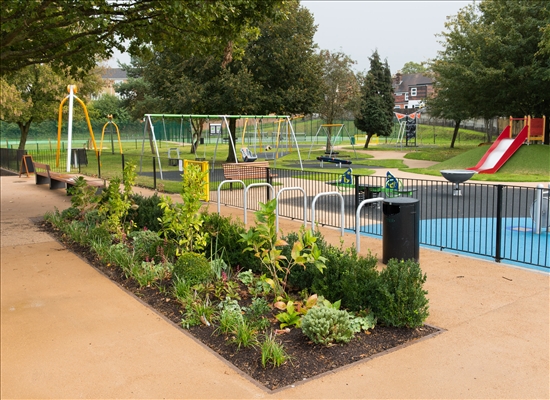 Redhill’s Memorial Park was purchased and converted into a recreational park in 1923 with money collected as part of a Memorial Fund which was "for the purpose of com...

Redhill’s Memorial Park was purchased and converted into a recreational park in 1923 with money collected as part of a Memorial Fund which was "for the purpose of commemorating the gallant deeds and sacrifices of those who took part in the Great War of 1914 to 1918". In 2014, the coincide with the centenary of World War I, Reigate & Banstead Borough Council invested £1.5 million to make substantial improvements to the park. It now includes a cafe and toilets, children's play area, sports courts, a trim trail, sensory gardens and a community orchard.

In 2015 the Victoria Cross paving stone of Rupert Price Hallowes was laid in the park. Hallowes, a Second Lieutenant in the 4th Battalion The Duke of Cambridge's Own (Middlesex Regiment), showed “conspicuous gallantry” in battle at Hooges in Belgium on this day in 1915 which resulted in his death, caused by shrapnel wounds to the head, five days later. His posthumous VC was presented by Fields in Trust's founder King George V to his mother and brother at Buckingham Palace on 29th November 1916.