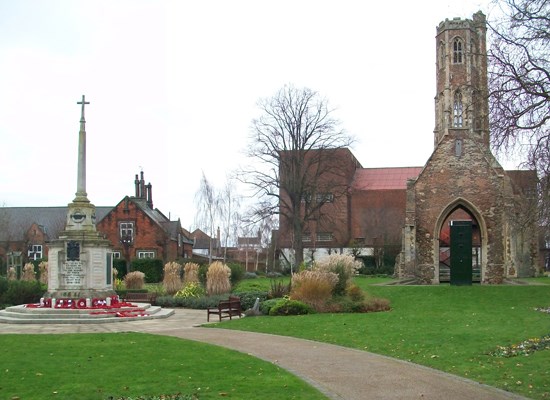 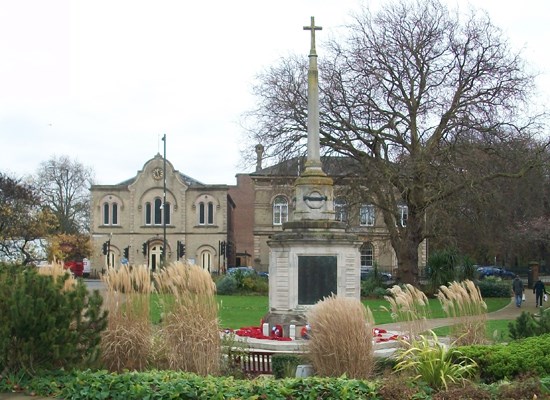 Tower Gardens were laid out surrounding Greyfriars Tower in 1911 to commemorate the coronation of King George V. Greyfriars Tower is one of only three remaining Franciscan friaries that existed in England prior to the 1538 suppression and is the most attractive and complete. It is Grade I listed and awarded Scheduled Ancient Monument status.

A project completed in 2006 with the benefit of Heritage Lottery Fund and English Heritage funding remodelled the Gardens with the use of hard landscaping to indicate the previous extent of Franciscan Friary and restored the leaning tower.

The war memorial was unveiled on 26th January 1921 by HRH Princess Mary to commemorate the 563 people from King’s Lynn who gave their lives during World War I. The memorial takes the form of a small latin cross on a slender pillar atop a square plinth which contains inscription and the Borough’s coat of arms in blue and gold.