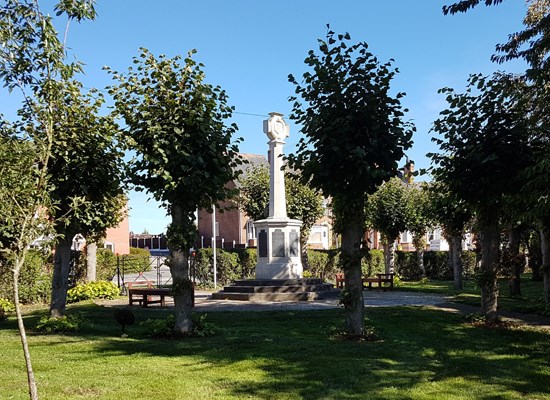 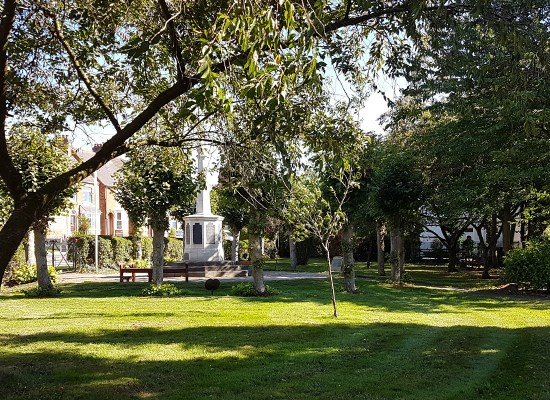 Measham War Memorial Gardens are situated on Bosworth Road. Within the garden there are 44 lime trees planted in dedication to fallen servicemen of World War I, 11 almond t...

The Memorial was dedicated by Ministers of Measham and unveiled by the Countess of Loudoun on 21st May 1921. Depicted on the Memorial are 44 names listed for World War I, 11 for World War II and one for Iraq. The Memorial itself cost around £2,000 which was raised by public subscription. It was designed by Mr Harry Swanwick, sculpted by Messers Wells and Co and built by Messrs Bottril and Sons.

In commemoration of the centenary of World War I, the Parish Council has planted a Poppy Lawn which is hoped will grow and spread over the years.