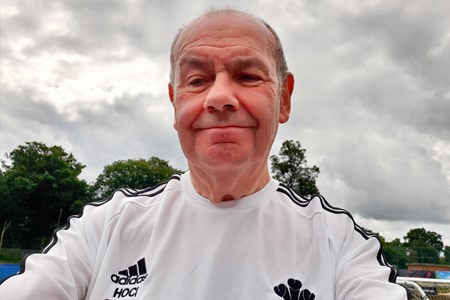 Nick Cooke retired in 2018 after a long and distinguished legal career as a QC. He acted as a judge, including an appointment as senior judge in charge of the Crown Courts in Cardiff and Newport, and as a judge at the Old Bailey in London. Before then he practised as a barrister. In addition, Nick has undertaken related work including lecturing and developing educational links and community relations; he serves as a member of the Mental Health Review Tribunal for Wales and was appointed as a member of the City of London Corporation Standards Committee.

Nick's background as a member of the Planning and Environmental Bar Association and his role in many planning inquiries and judicial review cases will add to the existing expertise in this area on the Fields in Trust Cymru committee.

He began his professional career as a pupil of Vernon Pugh QC, the Chairman of the International Rugby Board who was also a member of the first Fields in Trust Cymru Committee formed in 1999. He lives in Newport, has two daughters and granddaughters who love to visit local parks. Nick is a season ticket holder of Newport County FC and keeps fit playing hockey.

Former Chair Brynmor Williams has stepped down after three successful years in the role. He will continue as an Ambassador and welcomed Nick's appointment saying: "Nick brings an impressive range of expertise to the role. He will undoubtedly strengthen our knowledge of the planning and policy area at a time when Fields in Trust is progressing its strategic focus. Protecting green spaces for communities is at the heart of our work and Nick’s experience will be real asset to the team in Wales".

Expressing his enthusiasm for the new role Nick Cooke said: "I'm really looking forward to starting this new role. My life as a planning barrister and as a judge dealing with the most serious criminal cases convinced me that if we want a healthier, happier and stronger society we need more and better parks and playing fields, not less and poorer. It is too easy to take the facilities which earlier generations have bequeathed us for granted and to neglect them. Over the last dreadful months, we have been given a lesson in how fragile our quality of life is and the importance of our local open spaces".