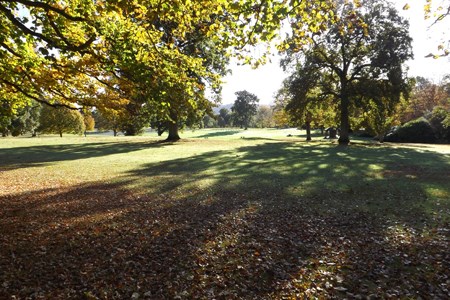 As our Summer of Parks discusses the universality of our parks and green spaces, our latest staff blog comes from Fields in Trust Scotland Manager, Colin Rennie, who shares stories of four generations of his family enjoying Dundee's Camperdown Country Park.

Camperdown Country Park (simply Camperdown Park to locals) is Dundee's largest park and arguably its premier park. The space is three miles north of the city centre and is easily accessible from the Kingsway (M90).

The park is a few hundred yards from Fields in Trust Scotland's office and is one of nearly 300 parks and green spaces we protect across the nation. As Scotland Manager at Fields in Trust I'm enormously proud of the role our charity has played, in partnership with Dundee City Council, at Camperdown Park in ensuring that the space is protected for current and future generations.

Much more about the park later, for the moment I want to explain a bit about the four generations of my family that have enjoyed Camperdown Park's facilities and events.

My first recollection of visiting Camperdown Park was to enjoy an Easter Fun Day with my parents, two brothers and sister more than five decades ago. My recollection is that special buses were laid on to take families to the park for that event, car ownership in that era being much lower than now. The park was packed and the first task was to find a patch of grass for us all to sit down on. There were numerous stalls, a host of games and other fun things laid on.

As a youngster, I lived an area that didn't have a green space and played football (after school) on the concrete playground of Ann Street Primary School in Dundee. Some might consider that dangerous now, but the only danger was climbing the spiked railings to get access to the playground. Future Dundee United legend John Holt was a regular at this venue at the same time. In fact, his presence was crucial: he was the owner of a leather ball and the games always finished when John had to go home for his tea! I have little doubt that the experience of playing football on concrete has made me particularly passionate about our charity's goal of ensuring everyone has access to a green space for sport, recreation and play.

I remember a couple of proper games of football at Camperdown Park's football pitches playing for the Architects office team in the late seventies. In the early eighties, I recall taking part in a regular football kickabout at Camperdown Park every Sunday with friends.

At Fields in Trust we often comment that professional sportspeople, more often than not, take the first steps towards their career on a public park or green space. I recall another Dundee United legend, David Narey, being a regular at Camperdown Park on Sundays, having a kick around and honing his skills. David also played for Scotland at a time when we regularly qualified for the World Cup (the latter, now a distant memory) and famously scored a screamer of a goal from 20 yards against Brazil in the 1982 World Cup. The importance of parks and green spaces for the grassroots can never be overstated.

A number of years later I recall my wife and I taking our two sons to Camperdown Park to roll their Easter eggs and regular visits to kick a ball around.

My oldest son is now a very keen cyclist and first learnt to ride a bike in Camperdown Park.

In more recent times our visits have been with grandchildren and that has also meant a visit to the park's Wildlife Centre and the adjacent play complex which they love. Our oldest grandson (3) loves the brown bears. 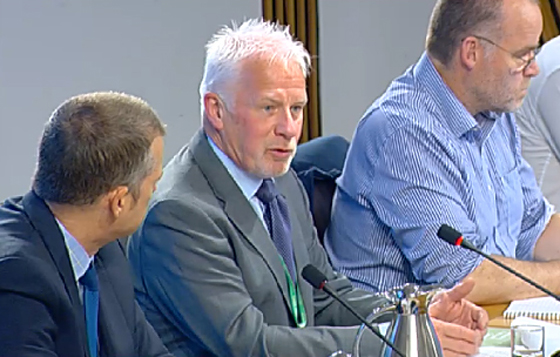 "I have little doubt that the experience of playing football on concrete has made me particularly passionate about our charity's goal of ensuring everyone has access to a green space for sport, recreation and play."
Colin Rennie, Fields in Trust Scotland Manager

More about the park; at more than 400 acres it has 190 species of trees and of the national tree collections of Scotland.

The park and the historic house within it, Camperdown House has a fascinating history. The House was built for Robert Haldane Duncan son of Naval hero, Admiral Duncan (1st Viscount of Camperdown) and victor over the Dutch at the Battle of Camperdown in 1797. The house and its ground were purchased by the city in the 1940s.

Apart from facilities and events already mention the park is host to the annual 'Flower and Food Festival' which attracts thousands of visitors and an array of celebrity chefs. The park also has an 18-hole golf course, pitch and putt and tennis courts. There is a variety of picnic areas and a network of footpaths.

I've always been a great lover of the outdoors and visiting parks and green spaces has always been an important part of my free time. However, it wasn't until I started work with Fields in Trust that I fully appreciated their importance in terms of health and wellbeing to those who spend time on them. Parks also play a fundamental role in the physical development of children and young people. We can learn lots about trees, plants and wildlife in urban green spaces. And let's never forget how important they are to minimising global warming and flood prevention.

As I reflect on my many visits to Camperdown Park over more than 50 years, I can say with some authority that it offers something for everyone no matter age or level of fitness. Joggers, walkers, cyclists, mountain bikers, footballers, tennis players, lovers of pitch and putt, picnickers, dog walkers, lovers of nature or wildlife there is truly something for everyone.

Dundee is attracting unprecedented numbers of visitors to the recently opened V&A: I would urge them to find time to visit Camperdown Park. Fields in Trust's recently published Revaluing Parks and Green Spaces research provides robust evidence that time spent outdoors on a green space improves our health and wellbeing. As we approach autumn, there is no better time to visit - the autumnal colours are spectacular as the picture above shows.

A footnote: as I write, Dundee City Council have disappointingly announced the closure of Camperdown Golf Course due to funding pressures. There is some speculation that the course will be sold off for housing. As mentioned earlier, Camperdown Park, including the golf course, is protected in perpetuity with Fields in Trust which means the park will always be a green space and be publicly accessible.

Favourite childhood park: My first three years at primary school were at Hillside School outside Montrose (primary 1, 2 and 3 were in the same class) and after school nearby Hillside Park was where I played with classmates.

Favourite local park: Castle Green Playpark in Broughty Ferry, Dundee is where my wife and I take our three grandchildren. They love it and on sunny days the beach at Broughty Castle is only 100 metres away where we paddle in the water and if we are lucky, we can see dolphins bow.

Favourite overseas park: The parks that stretch from the Capitol Building in Washington to the Potomac River with their numerous memorials. It's fascinating to wander round them. The Martin Luther King Jnr. memorial in West Potomac Park is outstanding. The inscription - a quote from his 'I Have A Dream' speech: "Out of the mountain of despair, a stone of hope" - is apposite.

Favourite park memory: Sledging with my wife and our two sons when they were boys at the park adjacent Pitlochry Dam. Thrills, spill and laughter, a truly memorable day. The snow was deep, the sun was out and the scenery in that part of Scotland is amazing. Part of the park where we sledged is now a car park, hence the importance of the role of Fields in Trust.

Favourite thing to do at the park: Playing with our grandchildren brings us, and hopefully them, so much joy and builds memories.

Colin Rennie is Fields in Trust Scotland Manager. He can be contacted by any of the below means.

Colin Rennie is Fields in Trust Scotland Manager. He has been in the post since 2005 and during that time the number of outdoor spaces protected by Fields in Trust in Scotland has more than doubled. Colin has worked for two local authorities and served as a Councillor on two local authorities. He has been a parliamentary advisor and journalist. He served as Chairman of North of Scotland Water Authority and has served in a voluntary capacity on a range of other public bodies. His interests are sport, particularly football, hill walking, mountain biking, fly fishing and visiting historic buildings.