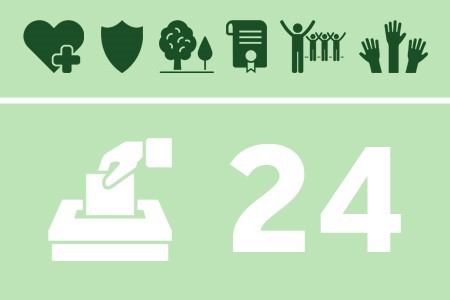 With the results from last week's elections now known, we're delighted that a further 24 elected representatives have joined the cohort of policymakers across the UK who have signed the Parks Protector Pledge.

The Pledge was launched to coincide with the 2019 UK General Election and was last month extended to those standing for election to Scottish Parliament, Senedd Cymru, London Assembly and elected Mayoralties. A total of 87 candidates took the Pledge as part of their election campaigns, and with 24 returned alongside a further two Westminster MPs having joined their Pledging colleagues over the same period it takes to 64 the total number of elected policymakers to have committed to the pledge's aims.

The Parks Protector Pledge is a six-point commitment which sets out how your representatives can work to champion, support and protect green spaces for good both locally and nationally as part of their work. The impact the Pledge can have has already been clearly demonstrated in Liverpool, where early-adopter Ian Byrne MP (Liverpool, West Derby) championed a pioneering partnership between Liverpool City Council and Fields in Trust, which has led to a commitment from the council to legally protect all their parks forever, ensuring they can never be sold off or built on.

Ian and his colleague Paula Barker MP (Liverpool, Wavertree) were last month joined by Kim Johnson MP (Liverpool, Riverside) and Dan Carden MP (Liverpool, Walton) as UK Parliamentary signatories of the Pledge. On Friday morning fellow Pledger Joanne Anderson was returned as the newly elected Mayor of Liverpool having been one of four candidates for the Mayoralty to demonstrate their commitment to the city's parks and green spaces.

In Scotland, candidates in 20 of the 71 constituencies and all eight regional lists took the Pledge and 13 Members of the Scottish Parliament were returned, representing all of the SNP, Labour, Conservatives and Greens. This cross-party support that green spaces now enjoy in the new Scottish Parliament demonstrates the politically uncontested nature of our most universal public service and we look forward to working with these MSPs to build further support across the chamber. 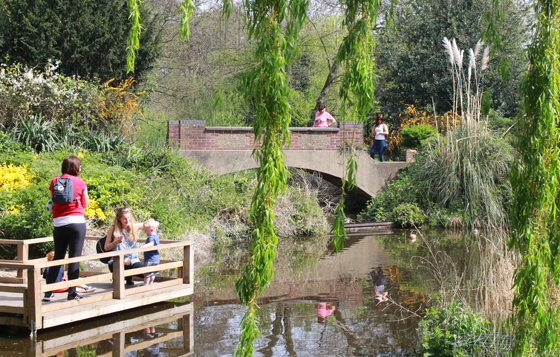 Response to the Parks Protector Pledge was also strong in the elections in Wales, with 13 of the 20 constituencies and all but two of the regional lists seeing candidates committing their support. Four members of the Senedd Cymru were returned having signed-up to the Pledge as part of their election campaign stretching from Alyn and Deeside in the north to Ogmore in the south.

Finally, five members of the 25 seat London Assembly were returned having pledged their support for the capital's green spaces, including Mayoral candidate Siân Berry who was alongside Caroline Russell and Zack Polanski in a trio of Greens returned from the London-wide list, joining two Labour Assembly Members from the city's constituencies.

A full list of the candidates returned on a pledge to protect green spaces for good last Thursday can be found as part of the Pledging Policymakers page, which also includes the 40 Members of UK Parliament who have made a commitment to local parks.

If your MP, MSP, MS, AM or elected Mayor has not yet taken the Pledge then it is not too late to encourage them to join their colleagues in demonstrating their commitment to green space. Elected policymakers have an important role to play in the future of our green spaces and it is important they know parks are an issue their constituents care about.

Parks have been vital lifelines for us all over the last year. They've been places to move, relax, run, play and stay socially connected whilst physically distanced. Yet less than 6% of local green space provision across the UK is legally protected, meaning it can so easily be lost to building development. And once lost, a green space is lost forever. If your park has been important to you during the pandemic, we need you to get in contact with your elected representatives to start a conversation about green space, explain to them why parks matter to you and ask them to sign-up to the Parks Protector Pledge.