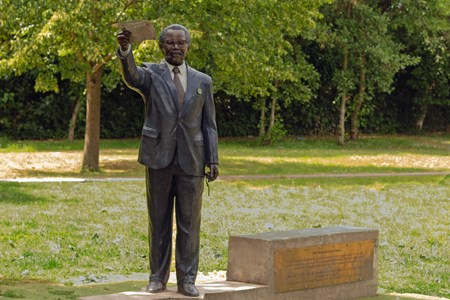 Earlier this month we revealed the national winners and Local Favourites from this summer's UK's Favourite Parks award and we can now announce the final park to be recognised as part of the campaign is O.R. Tambo Recreation Ground in Haringey, north London.

When UK's Favourite Parks 2022 was launched in June, we joined the Platinum Jubilee celebrations by creating a special one-off award for this year's campaign to recognise the UK's Favourite Queen Elizabeth II Field. The award gains added significance following the sad passing of our Patron, Her late Majesty, earlier this month.

The Queen Elizabeth II Fields Challenge was inaugurated by Fields in Trust with support of HRH The Duke of Cornwall and Cambridge in 2012, with the aim of protecting parks and green spaces across the UK to mark Her Majesty's Diamond Jubilee, the London Olympics and the Glasgow Commonwealth Games. Legal protection ensures that the parks which are part of the scheme can never be built on or sold off for development.

The programme resulted in 1,388 parks and green spaces covering over 8,500 hectares being protected forever to benefit people, place and planet. This ensures that communities across all four nations of the UK, stretching from Shetland to Cornwall, will have always have access to green space.

HM The Queen served as Patron of Fields in Trust for seventy years, frequently attending events alongside her husband, His late Royal Highness The Duke of Edinburgh, who served for 64 years as the charity's President. We are grateful for the support we received from Her late Majesty throughout her life.

HM The Queen served as our Patron throughout her seven decades on the Throne. In that time she was an active supporter of our work, attending field openings, fundraisers and events. We are extremely grateful for her decades of support. 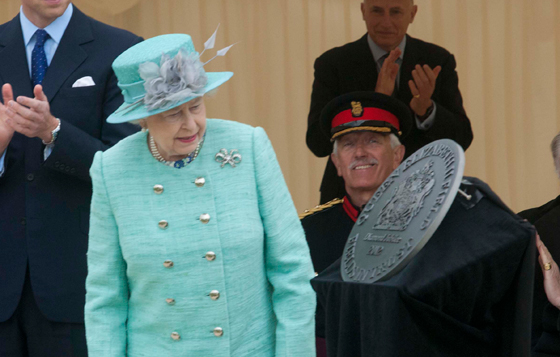 The 1,388 parks and green spaces protected as Queen Elizabeth II Fields are part of the incredible legacy Her late Majesty leaves and will be there for communities forever.

A total of 364 local green spaces were nominated overall by members of the public for UK's Favourite Parks 2022, with over 30,000 people voting for their favourite park, and O.R. Tambo received the most votes amongst the Queen Elizabeth II Fields put forward by the public as part of the award.

Speaking about the significance of the award, Fields in Trust Chief Executive, Helen Griffiths, said: "Protection of green space through the Queen Elizabeth II Fields Challenge delivered a fitting legacy for HM The Queen's longstanding Patronage of our organisation. We know how important accessible green space is for our health, our wellbeing, our communities and our environment. The deeply saddening news of the last fortnight has added extra significance to the award for the O.R. Tambo Recreation Ground. Congratulations on this success which demonstrates how much local residents value the park."

The O.R. Tambo Recreation Ground was renamed in 2021 in memory of South African anti-apartheid campaigner, Oliver Reginald Tambo who spent time living in exile in nearby Muswell Hill. A statue of him gifted by the South African High Commission is located in the park which is very popular for football, tennis and Australian Rules football. It is one of seven legally protected Queen Elizabeth II Fields across Haringey.

Cabinet Member for Communities and Civic Life, Cllr Julie Davies, said: "O.R. Tambo Rec has already been recognised as one of London's six favourite parks and this additional award is an honour, especially as it commemorates the legacy of Her Majesty Queen Elizabeth II. I'd like to thank the Friends group, our parks staff and everyone else who has helped to make this park such a popular and welcoming public space. We found out during the pandemic just how much people need parks for leisure and exercise and for the benefits they bring to our residents' physical health and wellbeing."

Chair of the Friends of O.R. Tambo Recreation Ground, Emma Burridge, said: "This is fantastic news! To be recognised in this way is ultimate proof of people power, and the feelings local people have towards their local park. This shows what we've known locally all along... that by working together, a park can be transformed and really be at the very heart of the community."

O.R. Tambo Recreation Ground was also one of 70 parks to receive Local Favourite status as part of UK's Favourite Parks 2022. The award will return next summer as we celebrate more of the local parks which hold special places in the nation's hearts.

A donation to Fields in Trust in memory of HM The Queen will support our ongoing work and help secure the green space legacy of Her late Majesty.