SPORTING JOURNEYS: Memories of playing on local green space as a youngster 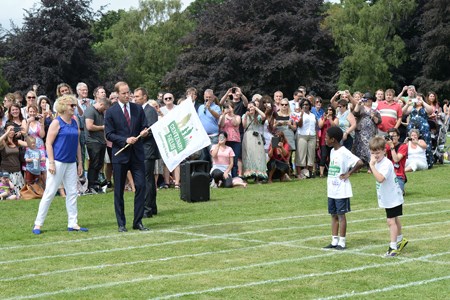 As our Summer of Parks discusses sporting journeys, our latest staff blog comes from Development Manager for the North of England, Jamie Leeson, who reflects on memories playing sport on the green spaces of Coventry growing up and how it inspires his work protecting parks and green spaces today.

It's an inevitable question I receive when meeting new people and the response varies. Anything from "a lot of driving!" to explaining how I work for a charity that protects green spaces across the UK forever, ensuring their protection from development. Hardly catchy. Even less so when asked to elaborate on the 'how'. Discussing the merits of contract law versus planning laws doesn't generally make for exciting dinner-time conversation...

I consider myself fortunate to have not only played sport for most of my life but also to have worked in sport for most of my career. I am proud to list a Premier League football club, an overseas soccer organisation, the largest UK sport's National Governing Body and the nationwide School Sport Partnership initiative as previous employers. So why now a charity? We'll come on to that.

I grew up and spent the first twenty-odd years of my life in Coventry. Big city, big population, big school. Big sports participation and therefore lots of provision. It was the early 1980s when I was introduced to football. My dad, an accomplished player locally, waxing lyrical about the 1982 Brazilian World Cup team. As a seven-year-old, watching the images of a sun-drenched Spanish summer; players with exotic names and even more exotic yellow shirts and my dad's passion for the pure, magical way they played the game has never left me. Then, of course there was the 1987 FA Cup Final...

Cricket was a game I discovered with friends. 1985. England reclaiming the Ashes. Gower, Botham et al. I'm certain the wonderful reality of that summer hasn't fallen short of my romanticised memories over time.

"Never did it even enter my head that I wouldn't be able to play where I always had, or where I always wanted. With such an abundance of parks and playing fields across the city, how could it?"
Jamie Leeson, Fields in Trust Development Manager for the North of England 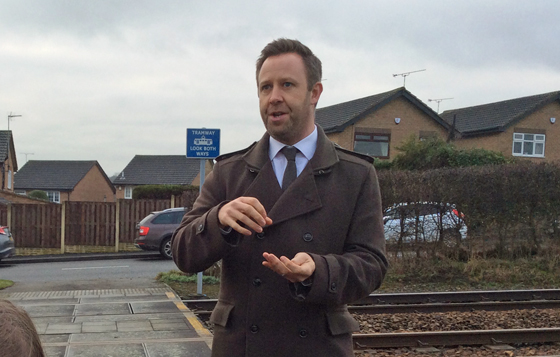 I was ten when I played my first 11-a-side football game (no small-sided games to protect young players then!) for Coventry Sporting, an established club within the city. A couple of years later I was playing cricket for Alvis; one of many 'works' sports clubs that had been around "since before I was born" as my dad would regale. Never did it even enter my head that I wouldn't be able to play where I always had, or where I always wanted. With such an abundance of parks and playing fields across the city, how could it?

But in my early twenties reality struck. The playing field where I played my first football match? Sold for housing. Alvis Sports Club; an institution in the city where engineering and car production were world-renowned - a supermarket. I recall feeling sad. A bit stunned. Not really understanding why they weren't playing fields any longer. I recently visited the supermarket and stood in the car park at the exact spot the cricket pitch was located. Where I'd hit my first boundary, taken my first wicket, held my first catch. Both playing fields lost forever.

The houses replacing the joy of victory and the pain of defeat are still there, obviously. Which means the place I played my first football match is not. The supermarket has seen re-branding and extension. It may get bigger still, it may become something else. But it won't be a green space ever again. Because we're not building green spaces. We're developing. To meet growing demand for housing and infrastructure. Once the green spaces are lost, they are lost forever. We know landowners must develop and, inevitably, green spaces are lost. But there must be a balance. Fields in Trust's Revaluing Parks and Green Spaces research and Green Space Index can be utilised to underpin green space strategy and protection were it's most needed to support provision in the most vital areas.

I work with passion, energy and a commitment to ensuring that everybody has access to the countless hours of enjoyment on green spaces I have. Whether that's playing or watching sport, enjoying play areas and woodland walks, walking the dog, or experiencing green spaces in any number of ways that we as people, groups, communities or populations do. I work to provide the bedrock; the foundations for everyone to be able to take their green space for granted; never having to worry about if it is no longer there.

I don't know if that's catchy or not. But it's what I do and I am very proud to do so.

Pictured top: HRH The Duke of Cambridge starts a running race at the dedication of War Memorial Park in Coventry as a Centenary Field in 2014.

Favourite local park: Sadly no park in my town, so I have to drive to Syresham Sports and Social Club's cricket ground, where I play cricket.

Favourite overseas park: Central Park in New York. Had the privilege of living in NYC for a time. I've run, ice-skated, played soccer, baseball and had many fun times with friends in that park. Every season of the year, it's stunning.

Favourite park memory: My dad teaching me how to ride a bike in War Memorial Park. My earliest childhood memory...

Favourite thing to do at the park: Being active. Whether its running, walking, playing. Getting outdoors and into nature.

Jamie Leeson is Fields in Trust Development Manager for the North of England, Derbyshire and Nottinghamshire. He can be contacted by any of the below means.

Jamie Leeson joined Fields in Trust in 2011 as the East Midlands Regional Manager. During his time at Fields in Trust, Jamie has overseen the sports aspect of a Royal event and led nationally on a social enterprise project. Jamie now combines his role as Development Manager for the North of England with being national lead in engaging with key partners and networks, alongside Fields in Trust's team of Development Managers. Jamie's career has been predominantly sport-based, earning a degree in Sports Science prior to coaching football in both the UK and the USA before returning full-time to the UK to work at The FA in football development. Jamie subsequently managed two School Sport Partnerships as part of the successful campaign to get children aged 5-16 accessing at least two hours of sports activity in schools per week.