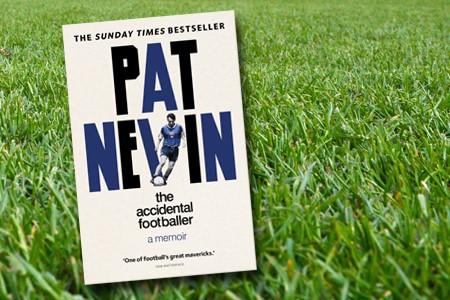 Former Chelsea, Everton and Tranmere Rovers footballer Pat Nevin got his start in the game on the playing fields close to where he grew up in the East End of Glasgow. In this extract from "The Accidental Footballer", Nevin explains how important this green space was to him as a youngster and how it kick-started his love for the game.

Growing up my family lived in Easterhouse in the East End of Glasgow. Some would go on to call the area a slum, but to my young eyes that is not how it felt.

Glasgow had decided to level the worst parts of the central area such as the Gorbals and build new estates in the edge of the city: Pollock, Drumchapel, Castlemilk and Easterhouse. The housing was to be of a better standard and located near the open countryside, which would also help the health of those young families. As usual many things went wrong, with the town plans forgetting to consider important concepts like adding any amenities or integrating the transport system.

Initially there were very few things for poor kids to do so far away from the city, so a gang culture erupted. There was no decent shopping in the area, so business was slow to flourish. There was also the fact that when Easterhouse was built they had one pub for over 50,000 people, which is a bizarre idea anywhere but particularly daft for working class Glasgow.

It was a deprived area and like the others Easterhouse became known as a sink estate, but there were good people there, and one thing not lacking was space to play football. Because there were so many schools built for these young families moving out of the city centre schools, and their playing fields, were abundant. This was all I, and many others, really needed for their happiness and those estates at the time produced many talented footballers. By the age of six, I would run home every day after attending the local Catholic primary school Blessed John Ogilvie. My mum would make me some food which I would wolf down before dashing outside to play football. An hour later my dad, Patrick senior, would arrive home from his work. He had been labouring since 6.30am with British Rail by 5.30 in the evening I had to be on the football field, conveniently situated in the other school, the non-denominational, or Protestant school as it was called by everyone right behind our tenement. At least an hour of coaching from my dad would follow dribbling, keepy-ups, (I could do 10,000 by the age of eight), shooting into him as a goalkeeper and learning tricks we had gleaned from studying the Celtic stars we had watched at Parkhead the week before. 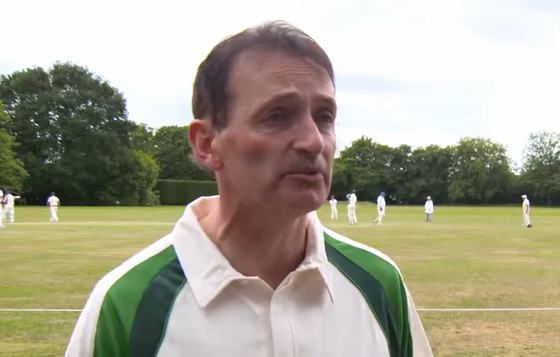 Hear Pat reflecting on his childhood and speaking about the importance of green spaces for communities in this short video.

Dad also coached, trained and managed a raft of local youth and school teams himself and was engaged in that unpaid every other night and during the weekends. For a man who was out the front door to go to his very arduous job at British Rail by 6:30 AM and wasn't back home again until well after 5:00 PM except when he was a night shift which was worse, I have no idea where he got the energy.

My dad worked those long, hard hours for British Rail taking all the overtime he could to provide for us. My needs were limited however, a ball and a pair of football boots were enough for me. Any other clothes, apart from the school uniform, were functional aside from the odd football top you could get your hands on.

One thing that did grate sometimes was at the weekend when mum and dad would say "right, we're all going out for a walk" This "wee donder" as it was called, could last anything up to six or seven hours! The upside of Easterhouse was that it was right on the edge of the city, so the countryside and long walks along the country lanes and canal paths were only minutes away. At the time I probably didn't realise all the reasons why these hikes were so prominent in our lives. Yes, there was health, fitness and an appreciation of nature to begin as well as quality time together with all the family. But the real reason was almost certainly that there was absolutely no financial cost to these marathon marches, and it was the cheapest way to keep us entertained with eight of us squashed into that three bedroom apartment maybe it was a sensible idea to get us out of there for long periods - hail rain or shine - otherwise we may have been at each other's throats on the top floor tenement.

When I was about nine years old, we moved out of the three-bedroom tenement we had previously been squashed into in Easterhouse. The council agreed it would be a healthier option for the eight of us to have a semi-detached house in nearby Barlanark, just 20 minutes-walk away but much better conditions for us all. We had the end house in the street it was semi-detached, had four bedrooms over the two floors with a garden that stretched from the front round one side and led to the back. From the front windows there was a view to a play park with swings, roundabout and a slide. Beyond that there was a decent size communal park that had tennis courts and a bowling green but, more importantly, lots of space and grass to play football on!

The Accidental Footballer by Pat Nevin is published by Monoray, £20. We are grateful for their permission in republishing this extract. You can order a copy of the book online.