PARKS AND PLAY: Play Must Stay 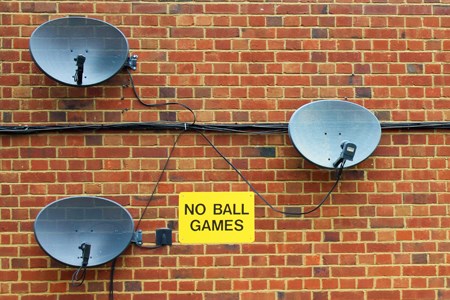 With play the topic of this week's Summer of Parks discussion, we welcome a guest blog from Mark Hardy, Chairman of the Association of Play Industries, who reflects on the importance of play and shares their latest research findings.

As a child I loved to play. I spent all my free time out with friends simply exploring, playing and having fun. Children today are missing out on those experiences that many of us took for granted. I would like them to get back the freedoms and opportunities to play that I had.

Today's children are facing an entirely new childhood experience. Movement for many is minimal in comparison to previous generations, particularly free, unstructured outdoor play. Movement and play are essential for normal development and for children's physical and mental health.

It appears that these concerns are shared by parents up and down the country. The API's latest campaign, Play Must Stay, is based on a survey of over 1,100 parents with children aged between two and twelve years old. Through the parenting website Mumsnet, we asked parents about their children's outdoor play and indoor screen-time habits and the data revealed a worrying shift from outdoor play to time spent indoors, alone and inactive.

The dominance of digital culture has created a strong inducement to stay indoors. At the same time there is a dramatic and sustained reduction in public outdoor play provision. As the overwhelming majority of UK children live in urban areas, this is a toxic cocktail; children are being 'pulled' indoors by screens and 'pushed' away from outdoor play because of the decline in public playgrounds.

The key findings of our research clearly show this 'push/pull' effect on children:

Children are hardwired to play. From their early years, they naturally gravitate towards movement, play, activity and fun. It is how children learn about themselves and the world around them. Without it they are missing something fundamental. However, the freedom of outdoor play is being replaced with sedentary, solitary and prolonged screen time.

"The dominance of digital culture has created a strong inducement to stay indoors. At the same time there is a dramatic and sustained reduction in public outdoor play provision. As the overwhelming majority of UK children live in urban areas, this is a toxic cocktail; children are being 'pulled' indoors by screens and 'pushed' away from outdoor play because of the decline in public playgrounds."
Mark Hardy, Chairman, Association of Play Industries 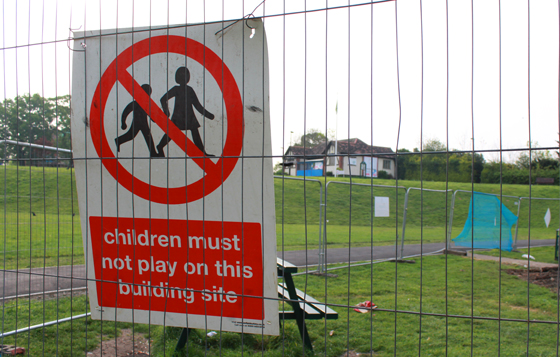 In one of the most densely populated, urbanised countries in Europe, with ever-shrinking opportunities for children to play outdoors, public playgrounds play a crucial role in improving children's movement levels and, in turn, their mental health. Playgrounds uniquely provide a safe, traffic-free environment in and around our towns and cities and for many children they represent their only chance for outdoor play.

Playgrounds have been an integral part of the childhood experience for generations and have perhaps been taken for granted. Increasingly however, playgrounds are being closed and more often than not, when a playground is lost it is lost forever. Unless there is urgent and sustained investment in public play provision, we are in danger of extinguishing one of the primary ways children can benefit from movement.

The provision of safe, accessible and stimulating community playgrounds is not a luxury; for millions of children they are essential to their current and future health. For policymakers, the funding of public playgrounds should be a priority because they are both prevention and cure; playgrounds fulfil a unique role in improving children's movement, social interaction, fitness and physical and mental health.

I very much welcome Fields in Trust's Summer of Parks campaign and particularly the focus on play in parks this week. The recent Green Space Index, measuring public access and use of parks is invaluable research, highlighting the central role that parks and green spaces have in all our lives. We cannot stand by and watch these spaces disappear.

As a resource to foster the positive mental and physical health of children - through movement and outdoor play - the role of public playgrounds should not be under-estimated. For a relatively modest investment now the overall health of children will benefit greatly for years to come. Policy should reflect the reality, which is that, in a heavily urbanised and digitally dominated society, public playgrounds really do matter.

Favourite childhood park: I grew up in rural Northumberland and my earliest memories of playing out were in the fields and woods near where we lived. I have fond memories of my "Nanna" taking me to play in what is now known as Oliver Henderson Park on Leam Lane, South Tyneside.

Favourite local park: Northampton seems to be blessed with a number of great parks so I'm fortunate to have great choice, but my favourite is Hunsbury Hill where modern facilities mix with an ancient landscape.

Favourite overseas park: I've been fortunate to spend a great deal of my career travelling around the world and have visited many great parks. However, the one that seems to have a bit of absolutely everything is Central Park in New York.

Favourite park memory: Teaching my daughter, Emma, to ride a bike in Ropner Park, Stockton-on-Tees. A great park with wide paths that was ideal for this purpose.

Favourite thing to do at the park: Very simple answer for this one... I just like to wander around walking my Cocker Spaniel, Spud.

Mark Hardy is Chairman of the Association of Play Industries and leads the association's strategic direction, overseeing their Nowhere to Play research, which uncovered an alarming decline in public playgrounds, and their Movement for Movement campaign. With significant specific knowledge of the play industry, Mark has also held Director positions with both the UK's Federation of Sports and Play Associations (FSPA) and the European Federation of Play Industries (FEPI).