UK's Best Park celebrates the parks and green spaces which are the green lungs of our communities.

Do you love your local park? Is it a place your community comes together? Perhaps it is a place to unwind, somewhere to go for a run or play sport, or a space to explore with the kids. Whatever the reason your local green space is special to you, celebrate it with UK's Best Park! 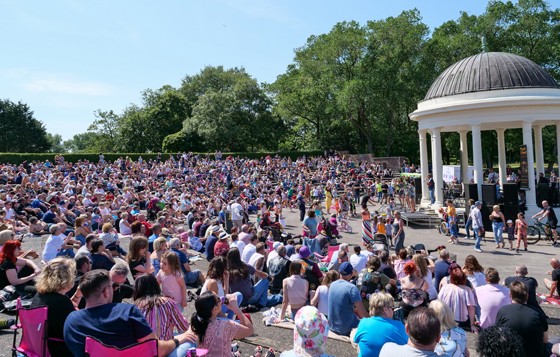 You nominated 364 parks and green spaces across the UK and voted in your tens of thousands.

The winner of UK's Best Park 2019 is Blackpool's Stanley Park!

The four Home Nation winners made up the shortlist for UK's Best Park 2019.

UK's Best Park is a two phase award. Firstly, we invited you to nominate your favourite local park. Any publicly accessible local green space was eligible to be nominated and all you needed to do was tell us a bit about why it is so special to you as well as attach a photo. Nominations ran until noon on Monday 1st July 2019.

All eligible nominated parks progressed to a public vote to find the winner. Voting opened at 9am on Friday 5th July 2019 and closed at noon on Monday 19th August 2019. At close of voting the parks with the most votes in each of England, Scotland, Wales and Northern Ireland were shortlisted. The overall winner of UK's Best Park 2019 was announced on Thursday 12th September at the conclusion of our 'Summer of Parks'.

For more information please take a look at the Terms and Conditions of the award.

UK's Best Park was first awarded in 2015 and has already handed out the title to three parks from across the UK.

Stanley Park: Blackpool's main park, designed in the 1920s by Thomas Mawson, took the title in 2017

Rouken Glen Park: Opened in 1906 and welcoming around one million visitors a year, winner in 2016

Telford Town Park: Local nature reserve and park in Shropshire, inaugural winner of the award in 2015

Nominating or voting for UK's Best Park isn't the only way you can champion your local park this summer. As well as following and engaging in discussions on different topics important to parks through our Summer of Parks, you can now explore green space provision near you with our new Green Space Index.

Summer of Parks: Join the discussion as we champion our parks and green spaces this summer