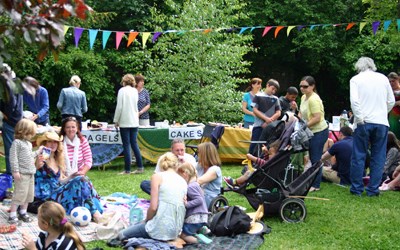 When considering establishing a Voluntary Organisation to own, maintain and manage a green space, one option is to seek charitable status.

This can introduce further complications as charities may face certain reporting requirements and additional trading restrictions. In some cases, a trading subsidiary must be formed. Charitable status has certain tax benefits but it can introduce unnecessary complications. If you decide to follow this route it is advisable to seek professional advice. To become a registered charity, an organisation must have exclusively charitable objects under English law and exist to pursue public benefit, as defined by the Charity Commission. Most legal forms can become charities, with the exception of Community Interest Companies. Companies limited by shares are normally profit-distributing structures and are therefore not appropriate for charities.

This is a new legal form for a charity and created in response to requests by charities for a new structure that could provide some of the benefits of a company but without some of the burdens. A CIO:

The 'charitable company' is a company limited by guarantee set up with special charitable articles, and is registered both at Companies House (as a company) and with the Charity Commission as a charity in its own right. Unlike an unincorporated association or trust, a charitable company, as an incorporated body, can own property, will be liable for its own debts, and can transact business with third parties. As a limited company, the charity will have directors and members and the directors will also be trustees of the charity for the purposes of the Charities Act. The great advantage to those running the charity is that as a limited company, only the charity is liable for its debts and the people behind it are fully protected by limited liability.

The advantages of a trading organisation having charitable status include exemption from income tax or corporation tax and discretionary business rates relief. The disadvantages are the rules restricting the circumstances under which charities can trade and the inability to raise share capital, reducing their competitiveness with private sector businesses.

The CASC scheme distinguishes between clubs and businesses for rates and tax purposes, ensuring money is kept in sports clubs.

Both property and non-property-owning clubs can significantly benefit from the scheme. The key benefits of CASC registration include: