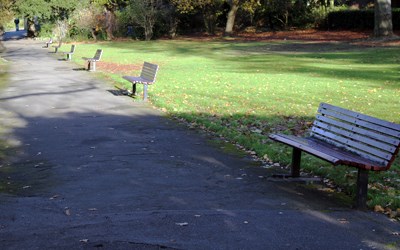 About 25% of spaces protected with Fields in Trust are held charitably. We are not experts in charity law, but the Charity Commission has a lot of information on its website, from establishing a charity to the role of a Trustee.

If you decide to obtain legal advice on an issue regarding a charity, ensure the solicitor has specific experience of charitable law.

If the land is held by individual named Trustees on behalf of a charity rather than in the name of the charity itself, this will complicate matters if the documents have not been kept up-to-date as it will involve tracing individuals. For questions about a change of Trustees, the governing document for the charity is the first point of reference. Or a sports club that is a registered charity may well find answers in its constitution.

When a charity wants to make changes on a protected space the key thing is that the Trustees will have to satisfy themselves that they are acting in the best interests of the charity and within the charity's objects. Once Trustees have decided what they want to do, it might be subject to our Field Change Requests process. Any income from activities on a space held charitably must be reinvested in the space.

If you feel that a charity is acting against its charitable objects your route of complaint is to the Charity Commission.