BLOG: Discussing the role of green space in levelling up policy 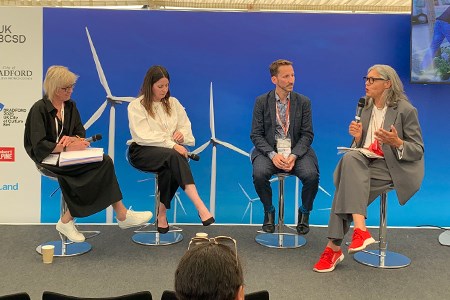 This week has brought into focus the important role that parks have to play in the levelling up of all parts of the UK. Our Chief Executive, Helen Griffiths, has reflected on events this week in both the capital and the north of England at which the multiple benefits of prioritising parks were discussed.

There has been a lot of bold rhetoric behind the levelling up agenda to date but now, with the legal duty to report progress on the 12 missions set out, this needs to be translated into practical actions that can shift the dial on regional inequities and entrenched deprivation.

So, what role does green space have to play in this agenda as both an indicator and a solution? This week we've been crunching the data with the launch of Fields in Trust's 2022 Green Space Index at Westminster to look at spatial inequalities through a levelling up lens and we identified some trends that warrant exploring. On average the Government's Priority 1 Levelling Up areas have 10% less green space provision when benchmarked against the amount communities need to thrive. The Green Space Index gives every neighbourhood a score based on how it performs against a minimum standard of provision and we identified that 40% of the worst performing neighbourhoods also fall into the highest priority levelling up areas. Collectively we know that access to green space boosts health and wellbeing and is a crucial part of local climate action plans. It is at the centre of positive placemaking helping to create communities where people can thrive both now and in the future, and in the areas most impacted by regional inequalities it is in seriously short supply.

On Wednesday we launched our latest Green Space Index at Westminster which this year has focused on the role of green space in levelling up. The event was hosted by Fields in Trust Trustee, Clive Betts MP, and we were also joined by Defra Minister, Lord Benyon. 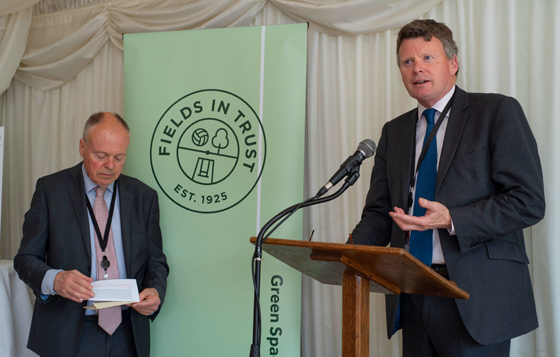 We believe that Government should include a green space metric in the detailed plans to report on progress and not just to report on levelling up missions. The Climate Change Committee has previously recommended to Government the introduction of an urban green space target to help mitigate the effects of our changing climate. However, just measuring access to green space is not enough. We've got to make sure that these spaces are guaranteed for the long term and not subject to other priority decision making further down the line. A metric that can help ensure all neighbourhoods have future-proofed access to local parks and green spaces can help to address a complex set of targets including improving pride of place, supporting local community infrastructure, developing climate resilience and working towards net carbon zero.

All these aspirations were front and centre at UKREiiF this week as elected officials including Ministers, Regional and Metro Mayors and local Council leaders came together with developers, planners and investors to address the challenges of building sustainable, inclusive and transformational communities. I joined a panel hosted by the Landscape Institute to talk about how we might build a nature-based economy that works for people and the planet - a huge topic that connects with so many elements of relevant social policy which is precisely the point. As my fellow panellists pointed out we need to prioritise nature to be able to prioritise people. And we need decision makers who can see how these issues are inextricably intertwined and take bigger, bolder actions to place nature and green space in the centre of these discussions and not as an afterthought. Multifunctional green space delivering multiple advantages for people, business and the environment.

Helen Griffiths is Fields in Trust's Chief Executive. She can be contacted by any of the below means.